Professor Leslie Aiello's 30-year career at UCL was celebrated at a reception in the South Cloisters on 11 May 2005. 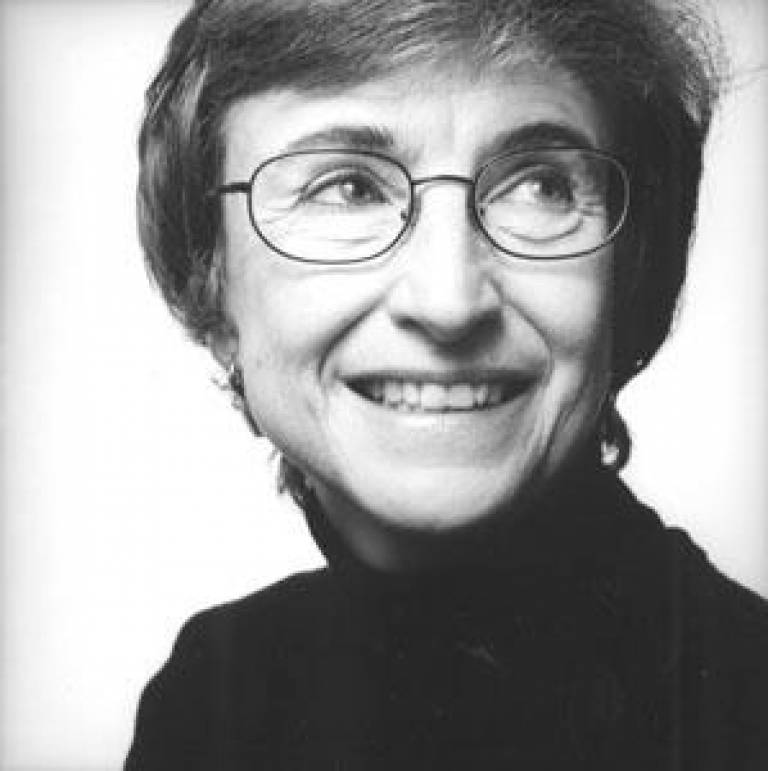 In thanking Professor Aiello, Professor Malcolm Grant, President and Provost of UCL, introduced four speakers who paid tribute to her contribution to teaching and research in anthropology, including six years as Head of the Department of Anthropology, as well as her achievements as Head of the Graduate School since 2002.

Professor Katherine Homewood, current Head of the Department of Anthropology, praised her as an excellent mentor. Under Professor Aiello's leadership, she said, the department had achieved top ratings in the government's Research Assessment Exercise, and her campaigning had made possible the department's forthcoming move into a brand new building. Professor Chris Stringer (Anthropology 1969), of the Natural History Museum, noted Professor Aiello's leading role in the field of biological anthropology and achievements as co-editor of one of the discipline's leading journals.

Professor Michael Worton, Vice-Provost (Academic & International), called Professor Aiello a persistent and effective champion for her department and the Graduate School, always with UCL's wider interests in mind. Her successor as Head of the Graduate School, Professor David Bogle (Chemical Engineering), said it would be difficult to fill her shoes, but that he was looking forward to the challenge.

Professor Aiello is now President of the Wenner-Gren Foundation for Anthropological Research, based in New York. Announcing the appointment, Mr Richard Hackney, Chairman of the Board of Trustees of the foundation, praised her achievements: "Her multidisciplinary approach to research questions, her record as an astute, talented, and unbiased leader of a broad-based anthropology department, and her enthusiasm for the mission and traditions of the Wenner-Gren Foundation give us confidence that the foundation will continue to thrive under her leadership."

Speaking exclusively to UCL Online News, Professor Aiello said she would always consider UCL to be her academic home: "My default homepage is still set to UCL Online, so I will be keeping an eye on the university as it goes from strength to strength."

To find out more about the Graduate School use the link below.