UCL Research Fellow Miss Rebecca Forth is involved in a different kind of spin-out than you would usually find in a university - she captains Bliss, the hugely successful Ultimate Frisbee team. 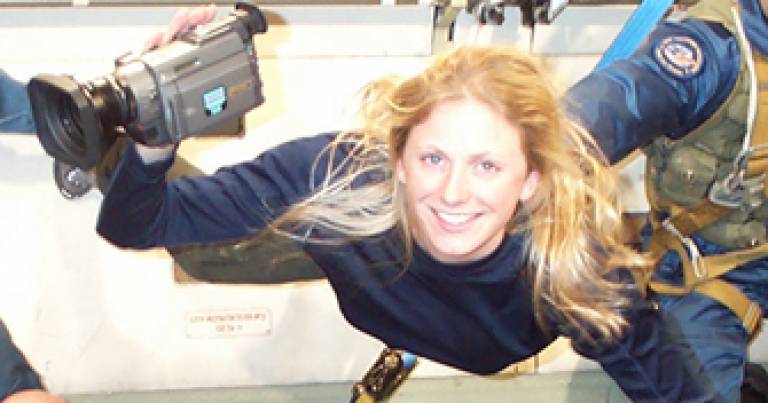 Miss Forth is a researcher at the Portex Anaesthesia, Intensive Therapy and Respiratory Unit in UCL's Institute of Child Health and the Centre for Cardiovascular Genetics. She has just started a three-year COLT Foundation fellowship to study hypoxic ventilatory response (how air is taken into the lungs in low oxygen conditions), with particular reference to how our bodies respond to having less oxygen in extreme environments, especially at altitude.

As captain of Bliss, Miss Forth has also taken her team to great heights. They are the most successful women's team in Europe since 1999, and this year they are looking to reclaim their World Beach Cup, European Club and National titles. Miss Forth said: "Our aim is to win the 2006 world championships in Perth, Australia. We've got some great talent in the UK but we need to compete more often with the top teams from the USA and Canada, as they play a much more physical game. Club tournaments are much harder than national tournaments, because the top four or five teams are from North America."

In order to participate in these international tournaments, Bliss has embarked on a massive sponsorship campaign to raise £231,000 over two years. "It may sound like a lot, but there are 22 team members, a coach and a club doctor, so it is expensive to travel around, but there is no way around it," said Miss Forth.

"What attracted me to Ultimate Frisbee is that is very dynamic, with lots of jumping, turning and running. It is seven-a-side, and the play is very quick with frequent substitutions. The aim is to simply score a point by getting the Frisbee to the end zone. To compete at the top level of this physically demanding game, you need speed, stamina and agility, yet the rules are very simple, so it's easy for newcomers to pick up."

Anyone who would like to have a go at Ultimate Frisbee can try the beginner's clinic organised by Bliss as part of the volunteer urban sporting initiative WEST. Email Rebecca Forth for more details.

For more information on UCL societies or the clinic use the links below.