Recording artist Dido performed at the opening of the 6th European Lupus Meeting at UCL. 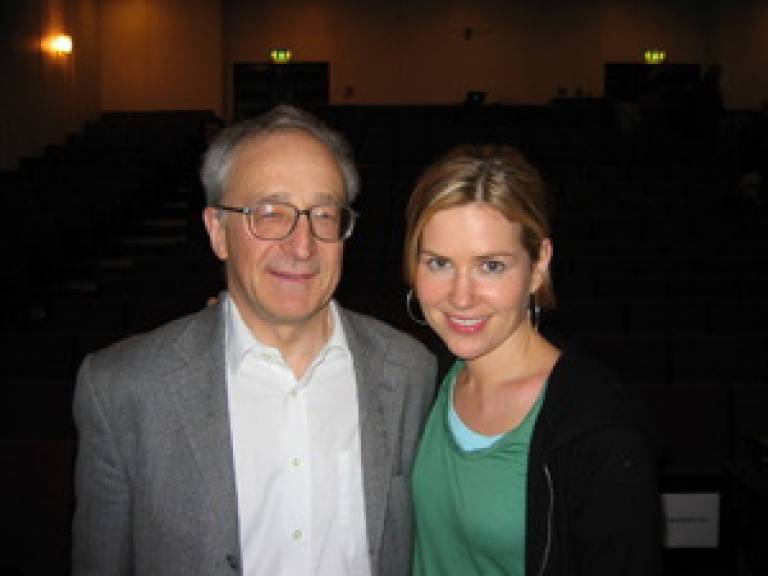 The meeting, running 3-5 March 2005, is chaired by Professor David Isenberg (Medicine), Head of UCL's Centre for Rheumatology Research. Professor Isenberg successfully treated Dido's father, William Armstrong, when he was critically ill with lupus last year. Dido, who attended the opening of research offices at the centre in 2003, returned to sing during the meeting's opening ceremony to show her appreciation for the centre's work.

Professor Isenberg said: "We've made great strides in the last few years, but lupus and its related diseases such as rheumatoid arthritis remain serious challenges. The meeting offers scientists and clinicians from across Europe cutting-edge information about lupus and effective new treatment options." 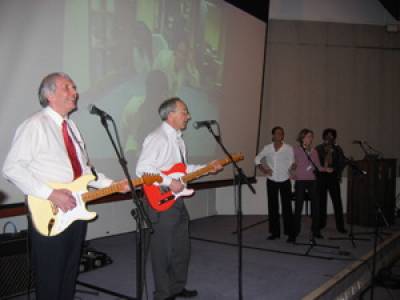 The opening ceremony also featured a rare appearance by guitar-based combo Lupus Dave and the Davettes, who performed a series of rock'n'roll songs on the theme of lupus, including 'Lupus in London - The Wolf's on the Prowl'. Band members included Professor Isenberg and Professor Peter Lydyard (Immunology & Molecular Pathology), and singers Ada Franklin-Stevens, Sharon Chambers and C Edwards.

To find out more about the centre use the link below.