Armed students from all over the world descended on UCL on 11-12 June 2005 for the International Universities Fencing Competition, hosted and organised by the UCL Union Fencing Club (UCLU FC). 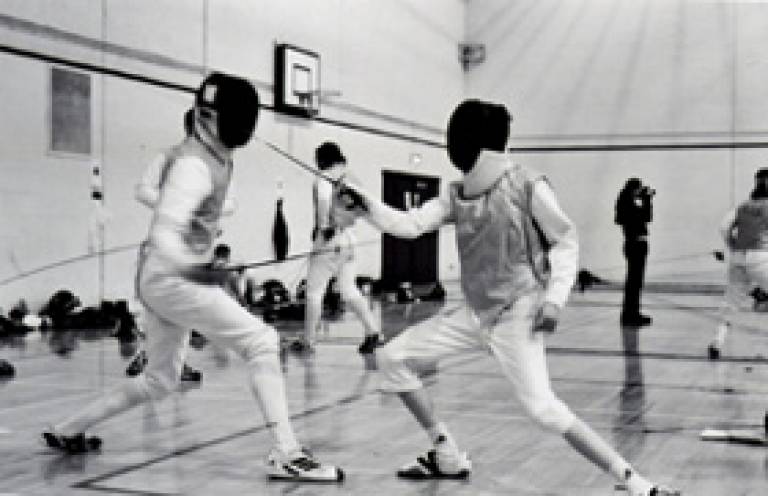 The event was initially established as a tournament between UCL and Johannes Gutenberg University of Mainz, but has rapidly grown in size and reputation.

Now in its ninth year, the two-day competition attracted competitors from all over the UK as well as from countries as diverse as Nigeria, Kuwait, Singapore and the USA

The three-weapon competition - foil, epee and sabre - drew 130 male and female entrants this year of all standards. UCLU FC Treasurer, Edward Bennett (History 1) said: "The ethos of this competition is specifically to combine the rigours of a serious fencing competition with a friendly student atmosphere, which is why we deliberately have competitors of all standards, from Olympians and World Champions to beginners - this year's team from Uzbekistan has previously competed in the Olympics."

Supported by the Dean of Students' Fund, the UCL Friends Trust and Deutsche Bank, the event is the only international fencing competition for universities in the UK. Edward added: "Without the continuing help of our supporters, we would never be able to host this great event."

UCLU Fencing Club welcomes new members and has training sessions in the Bloomsbury Gym every Wednesday at 2pm, and members regularly travel to nationwide competitions.

To find out more about UCLU FC contact Edward Bennett.