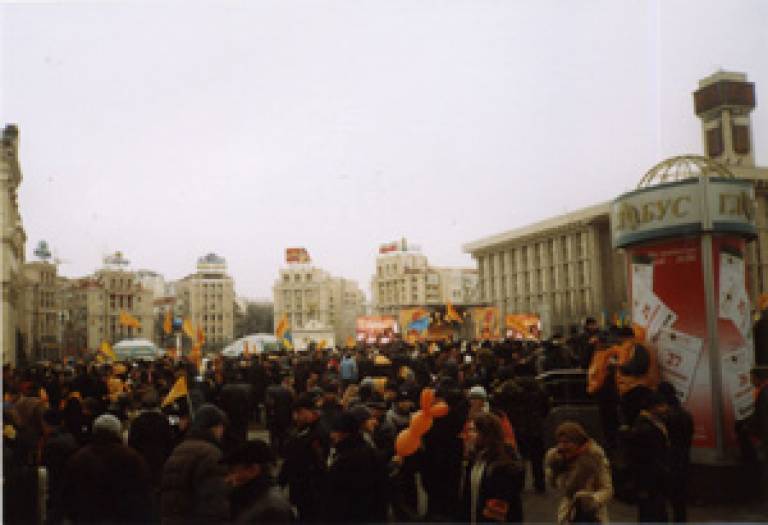 Dr Haynes acted as an election observer on behalf of the Organisation for Security and Co-operation in Europe's Office for Democratic Institutions and Human Rights (OSCE/ODIHR), and has previous experience of election observing in Georgia, Kosova, Armenia and Moldova. The Election Observation Mission Final Report was published by the OSCE/ODIHR on 11 May 2005, with a subsequent visit by the ODIHR president on 24 May 2005 to discuss the report with the Ukraine authorities.

The elections received a huge amount of media attention around the world, especially after opposition leader Viktor Yushchenko was allegedly poisoned a month before the first round of elections. The level of pre-election ratings in favour of Yushchenko was attributed to the mystery illness, which his supporters considered to be a poisoning attempt. Other factions, including that of rival presidential candidate and incumbent Prime Minister, Viktor Yanukovych, claimed the affair to be propaganda generated by Yushchenko's campaign headquarters.

Dr Haynes was posted to the far west of Ukraine for the first round of elections on 31 October 2004. She said: "This region was part of Poland during the interwar period and can be considered to be the most western oriented part of the country, and where support for Yushchenko is strongest." According to the OSCE/ODIHR Election Observation Mission Final Report on the Presidential Election, the run-up to the first and second round was marked by a campaign which 'was largely rancorous, divisive and offered unequal opportunities for candidates to convey their message to the electorate. There were substantiated reports that Mr Yanukovych's campaign abused state resources and … that state employees and students were being coerced or intimidated to support his candidacy'. 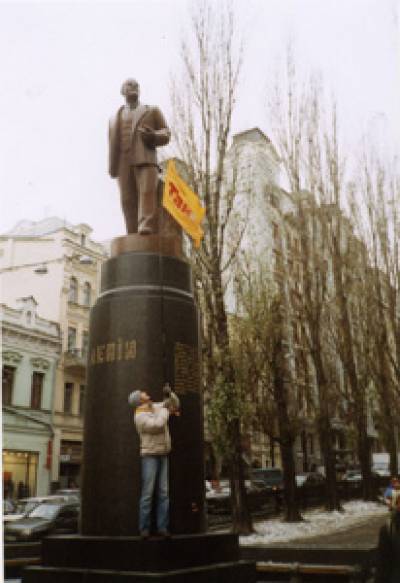 Following irregularities on polling day itself, the OSCE declared the first round to have fallen foul of European standards for democratic elections. Since neither of the two leading candidates, Yushchenko and Yanukovych, had attained an absolute majority in the poll, a second round was called for 21 November 2004.

Dr Haynes was assigned to observe regions in pro-Yanukovych eastern regions of Ukraine for the second round. According to the OSCE/ODIHR Final Report, however, 'the environment and atmosphere in which the poll was conducted deteriorated compared to 31 October'. On the evening of the poll, as preliminary results suggested a narrow Yanukovych lead, Yushchenko claimed electoral fraud and asked his supporters to gather in Kiev's Independence Square and to stay there until what he regarded as his victory was acknowledged.

Dr Haynes said: "When we returned to Kiev from our regions after the second round on 21 November, we saw Yushchenko supporters starting to gather in Independence Square in the city centre. They were carrying the distinctive orange pro-Yushchenko campaign flags and material bearing the 'Tak' ('Yes') slogan and wearing orange clothing. The student movement 'Pora' was also heavily involved. They were extremely well organised and started to set up a tent city in the square. It was clear they were prepared to stay there as long as necessary. The protesters were remarkably well mannered and there were no signs of drunkenness or violence."

Soon, tens of thousands of Yushchenko supporters filled the square and spilled onto the surrounding streets, images that were broadcast and published in coverage around the world. A ruling by Ukraine's Supreme Court finally invalidated the second round and a re-run was set for 26 December 2004. This time Dr Haynes was assigned to central Ukraine as part of a massive OSCE/ODIHR mission consisting of over 1,300 observers.

"All the observers were assigned regions and sent to every corner of the country on Christmas Eve", she explained, "and we mainly spent Christmas Day checking out the polling stations and making preparations for the following day." According to the OSCE/ODIHR Final Report, 'while the 31 October and 21 November votes failed to meet a considerable number of OSCE Commitments, Council of Europe and other international standards for democratic elections, the 26 December repeat second round vote brought Ukraine substantially closer to meeting them'.

Dr Haynes concluded: "There is a huge contrast between Kiev, which is a beautiful European city, and the rest of the country. I got a good idea of what life is like in the villages and the smaller towns during my three missions. I'm really grateful for my experiences of election observation. I've visited places I would probably never have seen otherwise and it has given me insights into various societies which I could not have had as a tourist."

To find out more about SSEES use the link below.