In a significant development for European higher education and research, UCL today signed a research alliance agreement with Université Pierre et Marie Curie (UPMC) and the Ecole Normale Supérieure (ENS), with the ambition of creating a tri-polar centre of world excellence in the cognitive and neurosciences. 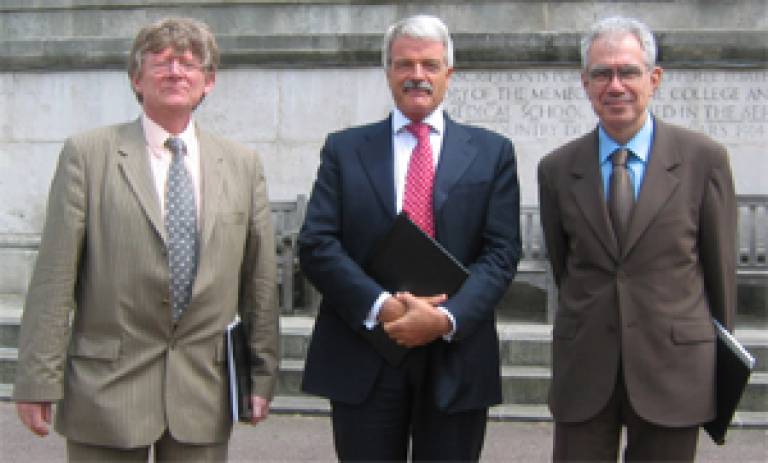 Over the next five years, UCL, UPMC and the ENS will pool their expertise and facilities with a view to making significant advances in the field, working towards a greater understanding of the human brain and conditions such as Parkinson's and Alzheimer's disease and psychiatric disorders.

Collaboration has already begun with the setting up of an ambitious new neuroimaging centre in Saclay near Paris under the auspices of the French Commissariat d'Energie Atomique (CEA). This will provide powerful magnets for brain scanning to which UCL scientists will have direct access. As a result of the alliance, UCL Vice-Provost Professor Richard Frackowiak will become director of the department of cognitive sciences at the ENS.