Mr Martin Butcher's 23-year career at UCL was celebrated at a reception in the Jeremy Bentham Room on 30 June 2005. 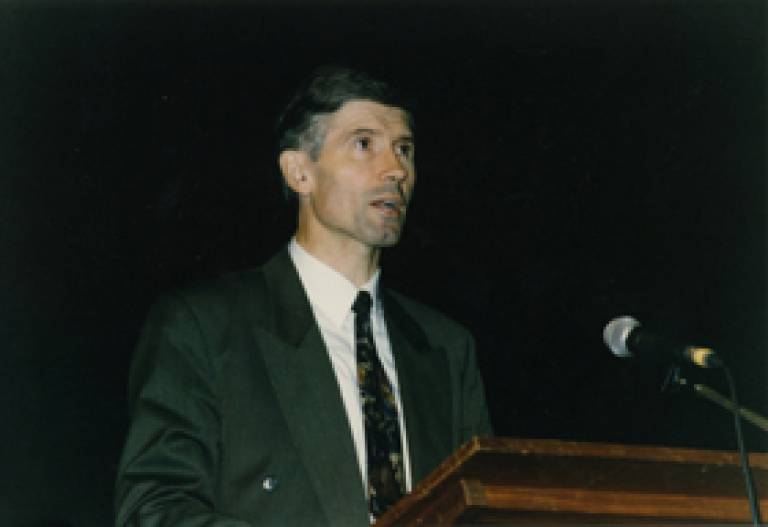 Appointed Deputy Registrar in 1982, he has served as Registrar since 1992.

Professor Malcolm Grant, President and Provost of UCL, praised Mr Butcher's utterly loyal service during two decades of extensive growth at UCL, which included mergers with eight other academic institutions during his time as Registrar. Professor Grant described him as "solid, clear and dependable, a steady hand on the tiller during a period of turbulent change".

Mr Butcher said that, despite the significant changes to the higher education sector, UCL was "still the tops", which he attributed to its "friendly, positive people". He thanked Registry colleagues and described the joy of his work as having been its "diversity and unpredictability". In 1998, he delivered the Crabtree Foundation's 45th Oration, and said he now looked forward to being able to devote more time to scholarship on polymath Joseph Crabtree (1754-1854).

The primary responsibilities of the Registry comprise the administration of student affairs, from recruitment and admission through to graduation ceremonies and related activities. Mr Butcher is succeeded by Mr Christopher Hallas.

To find out more about the Registry use the link below.