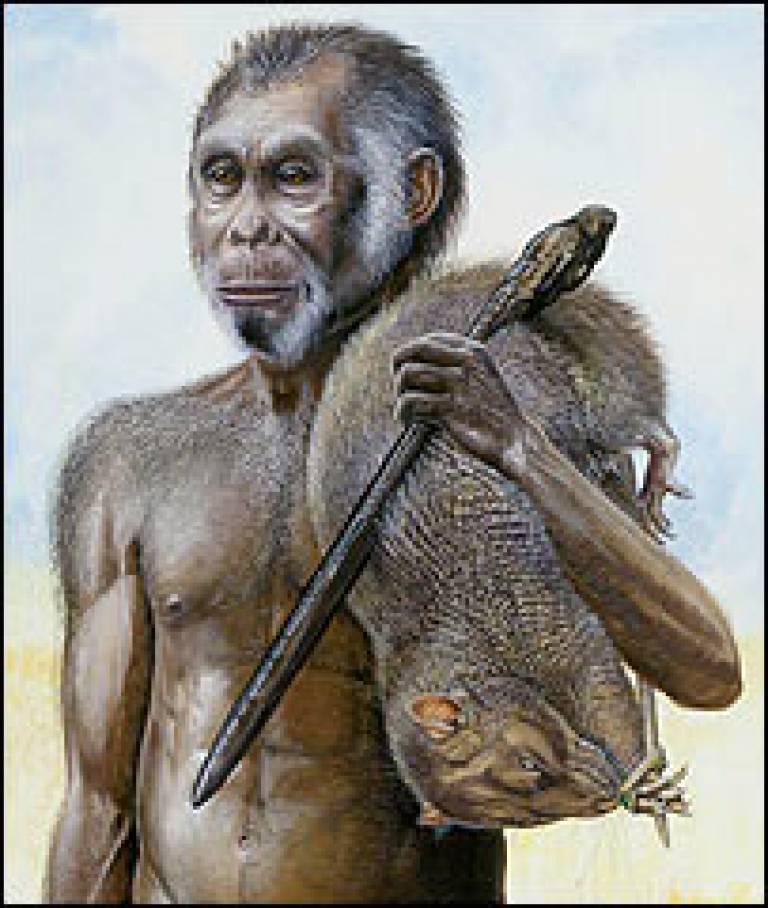 The lecture was delivered to a packed lecture theatre of around 300 people, who had travelled from all over the UK for the event.


The lecture, entitled 'Once Upon a Time, in a Cave, in a Tropical Island: the Life and Times of Homo floresiensis' discussed Professor Brown's research into the possible models for the origin and evolution of a newly discovered species of human. The discovery - made by Australian archaeologists on a dig in the Indonesian island of Flores in 2004 - caused a huge stir among the international academic community and the public alike.

The first remains of the one metre tall hominid, named LB1, were initially thought to be those of a child, but wear on its permanent teeth and fused sutures on the skull confirmed it to be an adult. Features of LB1's pelvis prove the remains to be female, and the leg bone indicates that the 18,000 year-old species walked upright. LB1 would have shared Flores Island with rats the size of a golden retriever, giant tortoises, huge lizards and pony-sized elephants, which were probably hunted by the hominid. 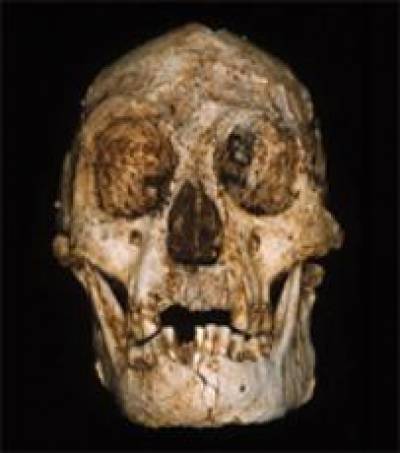 Professor Brown said: "Since the initial announcement of the discovery, research has continued with the skeletal material, and new evidence has been recovered. It is now possible to reconstruct the limb proportions and body shape of Homo floresiensis with greater certainty, with implications for a variety of phylogenetic and behavioural scenarios. It is now clear that the anatomical characteristics attributed to the original skeleton are reproduced in at least five other individuals from the site, all dated at over 12,000 years old."

Professor Brown's seminar was an especial success for LERN, as this was the academic's first (and eagerly anticipated) discussion on his work to an English-speaking audience outside of Australia. LERN is a student-run society that is interested in all aspects of evolutionary science. Funded by donations from various institutions, including UCL's Graduate School, LERN organises seminars and lectures presented by leading academics and PhD students, as well as an annual conference. UCL student and LERN Co-Chair Ms Tori Herridge (PhD Biology) said: "The network is kept going purely by the enthusiasm and energy of the members, and the kind support we receive. We are currently welcoming papers and posters from staff and students for our annual conference on 16 September 2005 at the Natural History Museum."

Head of UCL's Graduate School and Professor of Biological Anthropology, Leslie Aiello said: "UCL is internationally recognised as one of the foremost centres for the study of evolution and has an active research community that spans departments, including archaeology, biology, anthropology, and anatomy and developmental biology. It was very exciting to hold the event at UCL, as it was of interest to all these groups."

To find out more about LERN or the UCL Graduate School use the links below.