UCL undergraduate student Tim Burne (Biochemical Engineering 3) has been selected to take part in the British Universities Kayaking Expedition to Kyrgyzstan this summer. 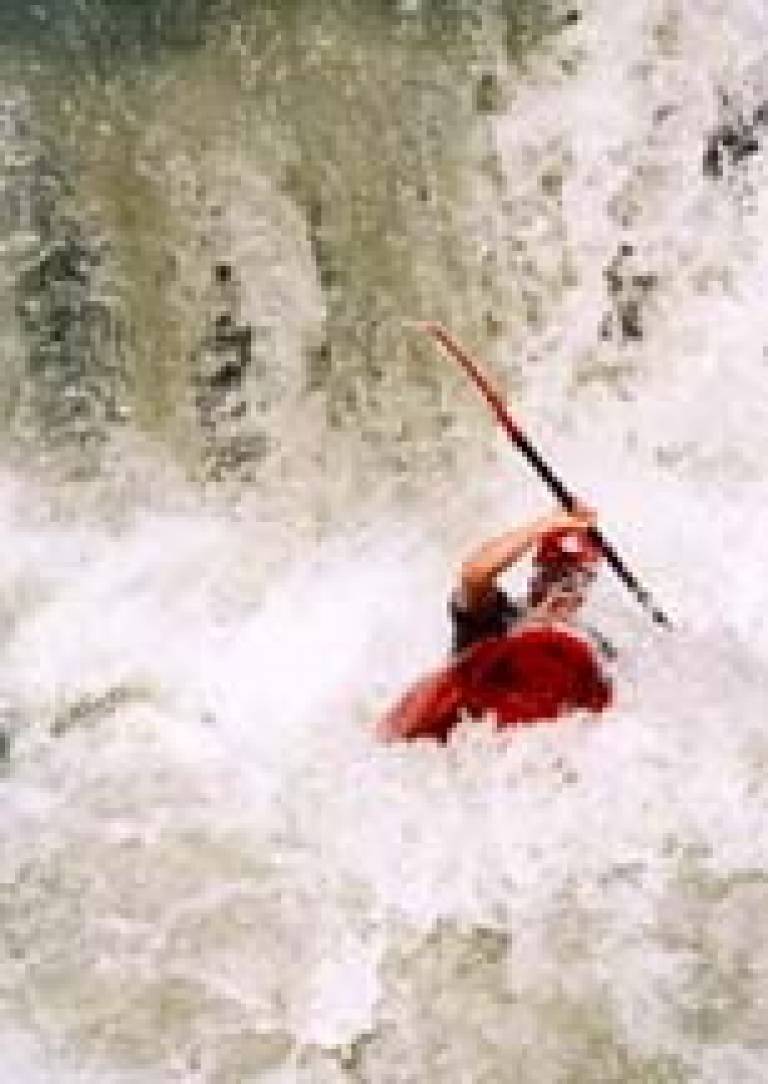 Tim is part of a nine-man team made up of the best student kayakers in the UK, and will negotiate previously unpaddled rivers at up to 1500 metres above sea level.

Kyrgyzstan was chosen by the team from a list of countries that included Papua New Guinea, Bhutan and the Philippines, due to its massive potential for unexplored whitewater and predictable glacial water levels. The team hope to complete a number of never-before-attempted steep alpine descents, and also to tackle some multi-day trips exploring the country's longer rivers.

Tim said: "The potential for unexplored whitewater in Kyrgyzstan is immense. As far as I am aware, there have been less than half-a-dozen kayaking expeditions to the area in the past decade and many of these concentrated on other regions of the country. I'm looking forward to the fact that very little is known about Kyrgyz whitewater, so we will be relying purely upon our own skills and experience whilst on the river. It also promises to be a very interesting exercise in group dynamics, given the first time most of us met each other was at the selection event in December 2004."

While the team have already negotiated a kit sponsorship deal with Desperate Measures, one of the UK's leading distributors of kayaking kit, they still require financial sponsorship and are in negotiations with a number of commercial companies.