UCL anthropologist Dr Michael Stewart (Anthropology) was one of the few academics chosen to present holocaust survivors to the Queen and the Duke of Edinburgh at this year's Holocaust Memorial Day. 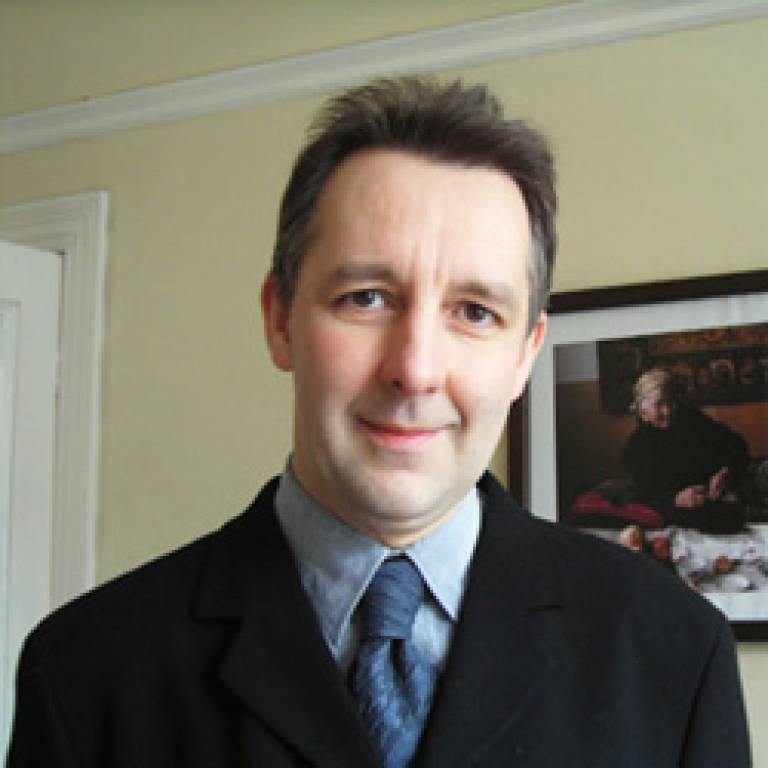 Holocaust Memorial Day has been an annual event since 2001, and the Queen hosted a special reception at St James's Palace for Holocaust survivors and British veterans who liberated concentration camps.

The event took place on 27 January 2005, and was followed by a televised commemoration of the 60th anniversary of the liberation of Auschwitz at Westminster Hall. This year was the first time that the persecution of Gypsies, Sinti, and Roma by the Nazis was fully commemorated. A special section within Westminster Hall was dedicated to this 'forgotten holocaust', and Dr Stewart presented two Romany survivors to The Queen, one of whom, seventy-year-old Ms Else Baker, survived Auschwitz and Ravensbruck having been saved by the brave and persistent petitions of her adoptive German father. She emigrated to England in the 1950s to escape the memories of her youth.

Dr Stewart said: "The Westminster Hall ceremony was astonishingly moving. When sixty elderly people rose to light a candle each the audience rose to their feet to pay silent tribute to these, the lucky ones who had gotten away."

"For over a generation Sinti, Roma and other Gypsies who had been persecuted by the Nazis were denied official acknowledgement while the German government insisted they had been targeted as common criminals," explained Dr Stewart.

"The invitation to Romany survivors to participate in these celebrations thus marks an important recognition of their suffering as the Nazis attempted to create a Racial State. There has been fierce dispute in academic circles over the interpretation of this part of Nazi policy, but these debates seemed rather irrelevant alongside the knowledge of the gathered survivors at St James Palace that if the war had gone on or if the allies had ultimately lost, none of them, Jews or Gypsies, would have been here to commemorate the losses."

Dr Stewart is one of the UK' s foremost academic experts on marginal societies in Eastern Europe, and has published highly acclaimed research on the subject including 'The Time of the Gypsies' about the survival of gypsies in Hungary and their refusal to assimilate into the majority population. He is currently working on major historical- anthropological study of Romany memory in relation to the Holocaust. To find out more about the ceremony or Dr Stewart, use the links below.

On the 2nd of March at 4pm, Dr Stewart will be talking with Laurie Taylor on BBC Radio 4's Thinking Allowed programme about the persecution of the Roma and Sinti.

To find out more about Holocaust Memorial Day or Dr Stewart use the links below.