UCL staff, students and the public gathered in UCL's historic quadrangle on 6 December 2005 for a charity Christmas concert. 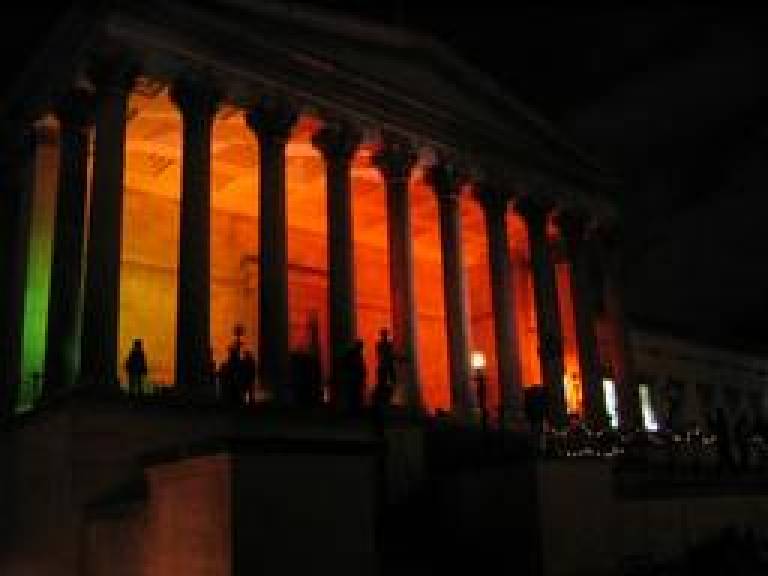 Organised by UCL Union, the annual event raises funds for a charity chosen by the student union's sabbatical officers. This year, more than £2,000 was raised for Shelter UK, who campaign to end homelessness and bad housing.

The Christmas spirit was raised by mince pies and mulled wine as the audience enjoyed live performances by the UCL Union Jazz Society, Live Music Society, Gospel Choir Music Society and pupils from St Argyle's Primary School, as well as having the opportunity to sing along to the Christmas carols.

For the many children at the event, Santa set up a grotto in one of the old observatories in the quadrangle and handed out gifts kindly donated by Harrods.

Ben Williamson, Services and Events Officer at the Union organised the event. He said: "We're thrilled to have improved upon the amount made last year, and delighted that the money will be going to a charity that does such good work in the capital."