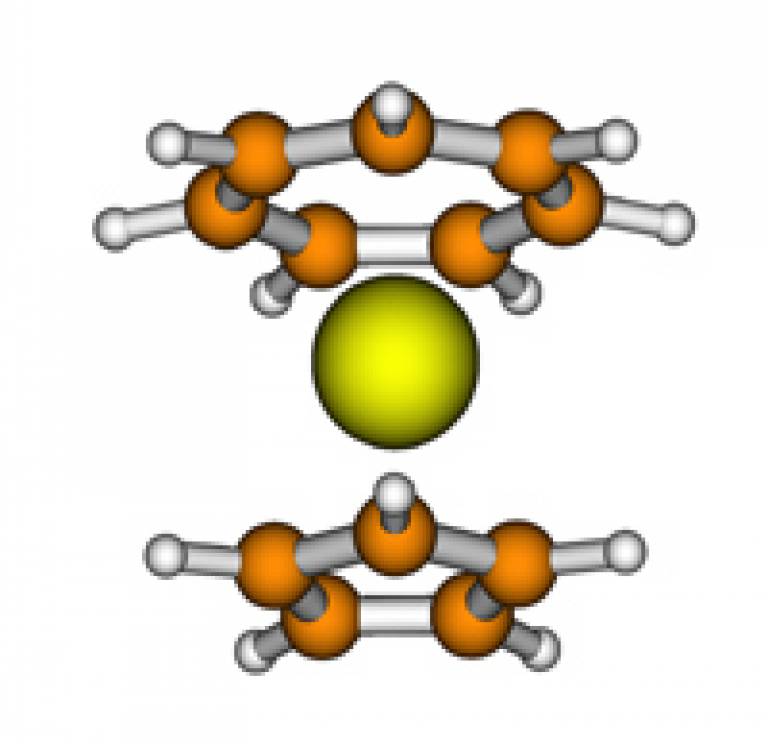 In the periodic table, elements 104 to 112 are known as the transactinide elements. Little is known about transactinides as they are not naturally occurring, so Dr Kaltsoyannis' research is adding major contributions to the scientific knowledge of these elements.

Experimental study of transactinides - classified as the 6d elements because of their atomic structure, and hence position on the periodic table -- is only possible at a few specialist nuclear laboratories around the world, and they have been synthesised in only single atom quantities. In addition, because of their intense radioactivity, each atom exists for only a few seconds, making their study even more difficult.

By employing computational quantum chemical techniques, Dr Kaltsoyannis intends to make significant contributions to the knowledge base surrounding these mysterious elements. "Fortunately, computational investigation of these elements is not limited by radioactivity and single atom quantities," he says. "Given that so little is known about transactinides, it is possible to choose almost any target system and discover something new."

The atomic number of an element - which determines its position in the periodic table - relates to the number of protons in the nucleus of its atom. Uranium - element 92 - is the 'heaviest' naturally occurring element. All subsequent elements containing more than 92 protons have to be produced synthetically.

Dr Kaltsoyannis explains: "The atomic structure of an element determines the type of chemistry it will have. Most chemists are familiar with a periodic table containing three rows of transition metals. However, enough is now known about the atomic structure of the transactinides to allow us to confidently classify them as transition metals - the d-block has gained a new row!"

The study examines trends among the elements, in particular trends down the transition metal groups, comparing expected properties of transactinide molecules with the results from the computational calculations. "This is a test bed for what we understand about the other three rows of transition metals, and for discovering the similarities between them and the transactinides."

The computational methods used by Dr Kaltsoyannis are based on quantum mechanics, combining relativistic density functional theory and ab initio methods. "The theories have been around for a while," says Dr Kaltsoyannis. "And modern computers now allow us to apply them to large molecules."

He added: "The study is investigating a range of organometallic and inorganic chemistry, including key topics in transition metal electronic structure, and feature a systematic approach to compounds drawn from all four transition series. The results of this research will allow us to draw firm conclusions concerning the 6d elements and, crucially, their relationship to their lighter congeners. These answers are, for the foreseeable future, only obtainable by computational methods."

Image 2: Representation of the electrons binding the Db atom to the C7H7 ring in Db(C7H7)(C5H5)