The return of the white plague

Two UCL academics have produced a new textbook on the global rise of tuberculosis. 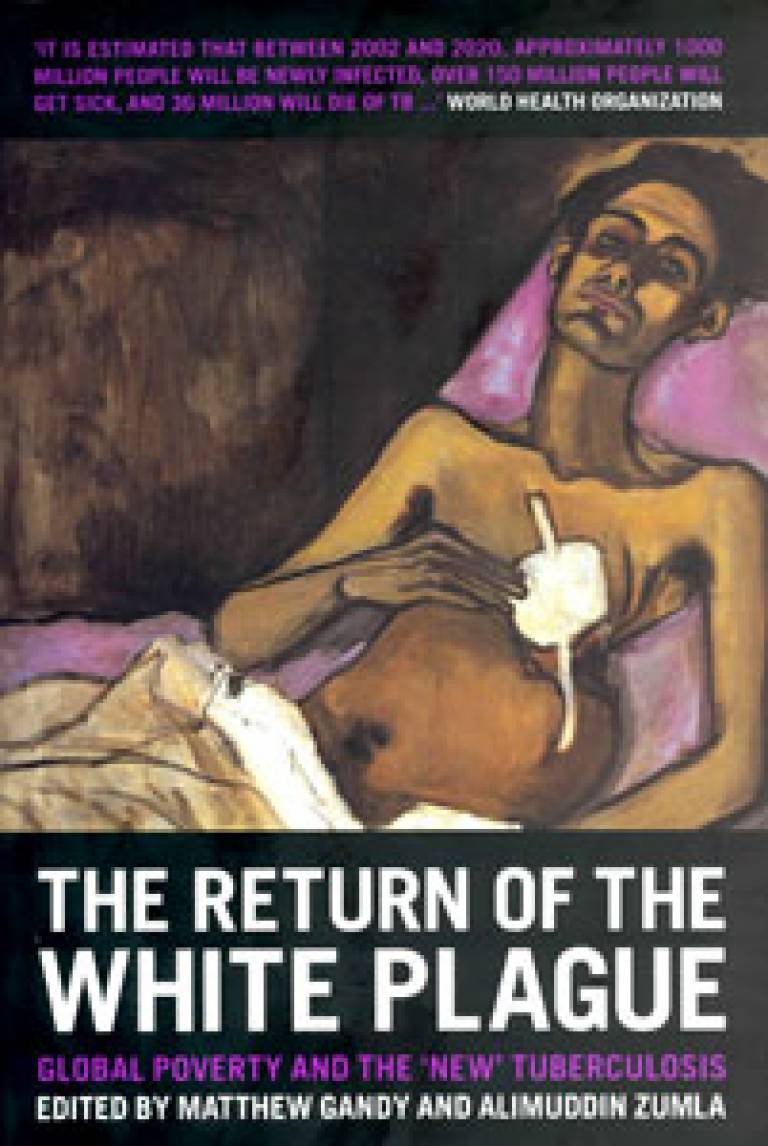 With the support of a £5,000 UCL grant to promote interdisciplinary collaboration, Dr Matthew Gandy (Geography) and Professor Alimuddin Zumla (Centre for Infectious Diseases and International Health) worked together as editors of The Return of the White Plague, a volume of scholarly essays on the historical, political, social and medical aspects of the current TB crisis.

TB rarely makes news headlines in the UK, and only 30 years ago health experts believed the disease could be completely eradicated. But in fact, tuberculosis has made a terrifying comeback - an estimated third of the world's population are infected with the TB bacillus. With around two million deaths annually, the global death toll for TB is higher than for any other single infectious disease. The World Health Organization has declared Tuberculosis a "global emergency".

The Return of the White Plague has been widely and positively reviewed, with coverage appearing in journals with medical, social and cultural specialities, including the London Review of Books, Nature and the British Medical Journal, as well as in mainstream newspapers. The Return of the White Plague sets the return of TB in the context of political failure and an increasing divide between rich and poor throughout the world. Globally, TB is a disease of poverty, and although tuberculosis is most prevalent in sub-Saharan Africa and parts of Asia, rates are also high in eastern Europe, China and Russia. London and New York have also seen TB outbreaks, particularly among people who are homeless or live in overcrowded conditions.

The book discusses modern medical factors exacerbating the TB crisis, including the HIV/AIDS pandemic and antibiotic resistance. HIV and TB are an especially deadly combination - TB often remains dormant and non-infectious in healthy people, but HIV weakens the immune system, so that an HIV-positive person is far more likely to develop 'active' TB, where they become critically ill and highly infectious. Multi-drug-resistant TB, which is becoming increasingly common in Eastern Europe and China, is difficult and prohibitively expensive to treat. However, although medical intervention is one important aspect of controlling TB, The Return of the White Plague aims to give a more balanced view of TB and its causes, explains Professor Zumla: "All the focus on TB at the moment is on the development of new TB medicines. But effective TB drugs have been around since the 1950s, and yet they have not eradicated the disease, because tuberculosis has underlying social and political factors that have been neglected. It is overwhelmingly a disease of poverty, deprivation and governmental failure to establish effective TB programmes. Understanding and tackling TB requires an interdisciplinary approach - we need to understand the sociology and geography of the disease, as well as its medical aspect. That is exactly why funding for this kind of interdisciplinary collaboration is so important."

The Return of the White Plague is published by Verso books.

To find out more about Dr Gandy or Professor Zumla, use the links below.