Too posh to wash

Described by the Guardian as 'the fungus man', Derren Ready, a microbiologist at UCL's Eastman Dental Institute, is the resident expert in Channel 4's new reality show, Too Posh to Wash. 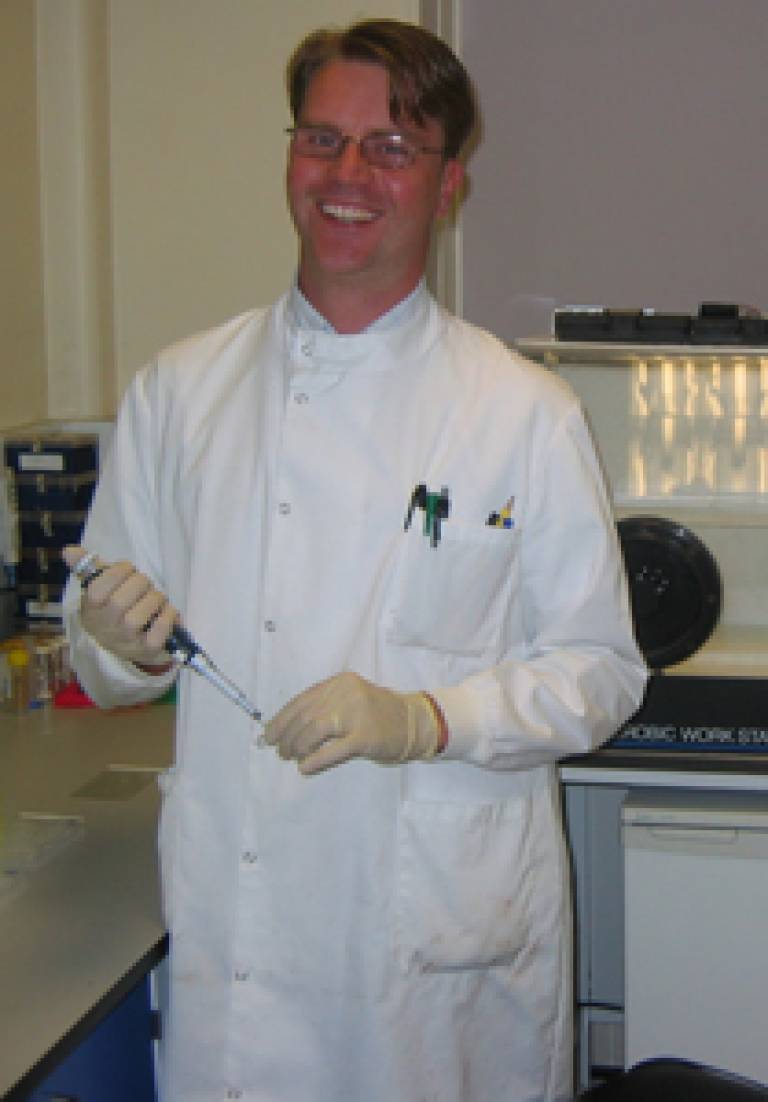 The programme, presented by Kim and Aggie of How Clean is Your House? fame, takes a light-hearted look at six of the UK's most unhygienic residents.

"We used basic science to demonstrate how poor hygiene affects your microbiology - for instance, someone who washes their hands very well won't have as many bacteria on them as someone who doesn't," explains Derren. Their hypothesis was proved time and time again during Derren's encounters with the show's participants. The first two shows included a woman whose bra contained 80 million bacteria and an artist whose socks were inhabited by 3,000 million bacteria (compared to the 10-100 million living in an average person's socks).

However, for Derren, the worst came later in the series: "Personally, I really didn't like the dreadlocks. Although they weren't necessarily a health issue, it was just unbelievable how many bacteria were in them. They were the bacteria we normally find in our hair or on our skin, but the difference is that for most people hairs fall out all the time whereas if you have dreadlocks the hairs are trapped in them. However, the danger for this man was not his hair but rather what we found in his contact lens case, his hygiene levels were very poor and his case contained bacteria which cause eye infections that can result in scarring of the eye leading to blindness"

Derren recently completed a PhD on antibiotic resistance, which looked in particular at oral hygiene and the causes of diseases in the mouth. 'Too Posh to Wash' provided him with a real-life case study in the shape of one contributor who had removed her own braces, leaving the adhesive stuck to her teeth. A laboratory analysis revealed millions of harmful bacteria living in her mouth.

Throughout the series, the laboratory analyses were carried out and filmed in the Eastman Dental Institute microbiology labs. Asked if the contributors were horrified by the lab results, Derren said: "There were some things people always seemed quite pleased about, like having dirty hair or dirty clothing, but there was always one thing they thought was disgusting and said they'd do something about."