UCL is commemorating the anniversary of Sir William Ramsay's (1852-1916) Nobel prize for his discovery of the 'noble gases', with a series of events hosted by the Department of Chemistry in conjunction with the Society for History of Alchemy &amp; Chemistry and the Royal Society of Chemistry (RSC). 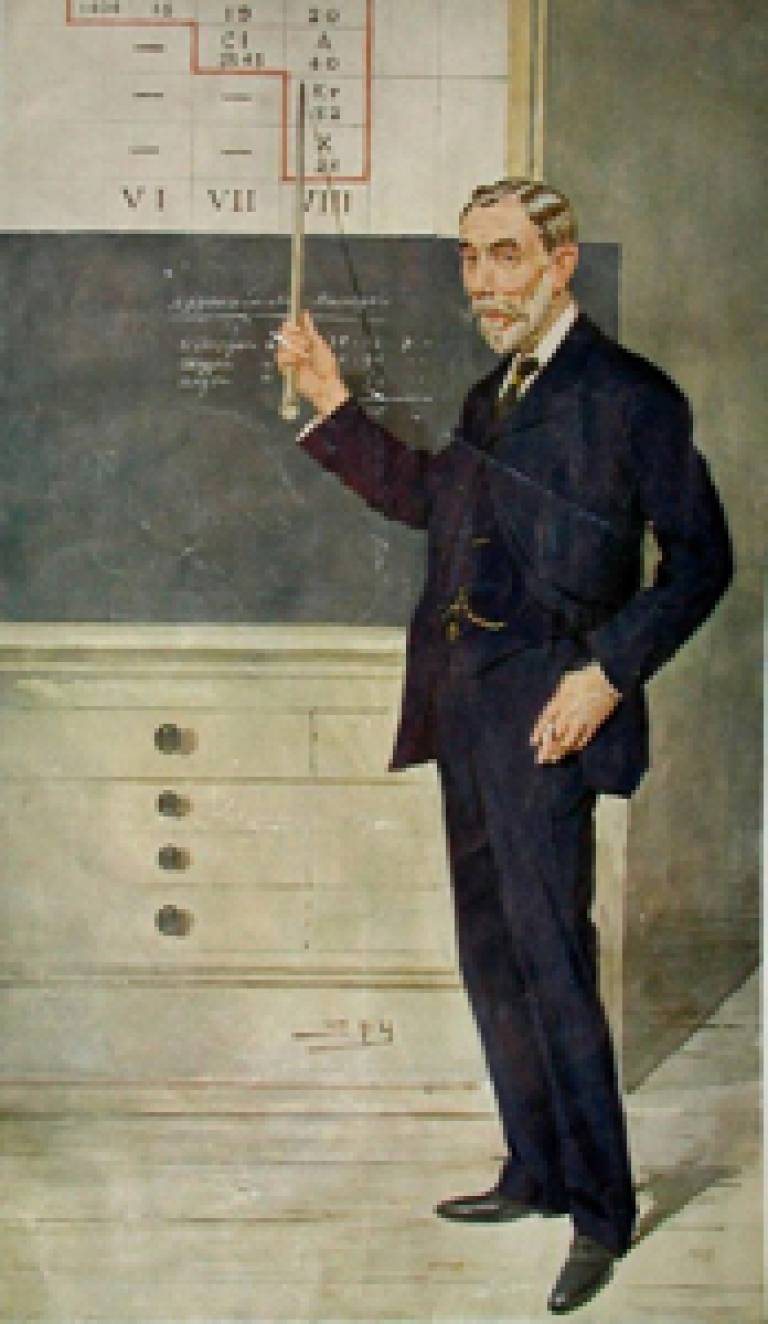 The events include a symposium, entitled 'Chemistry at UCL before Ramsay' and the unveiling of a RSC Chemical Heritage plaque. The celebrations take place at UCL on 10 December 2004 and will feature speakers from UCL and other universities.

Dr Hasok Chang, Senior Lecturer at the Department of Science & Technology, will discuss 'Edward Turner and atomic weights', and Professor Alwyn Davies of the Department of Chemistry will present 'Ramsay: The man, the myth (and the bicycle)'. Other topics include 'The impact of chemical education at UCL on Japanese chemistry, education and industry' (Mr Yoshi Kikuchi, The Open University), 'Ethereal Philosopher: Alexander Williamson' (Dr Colin Russell, The Open University) and 'UCL Chemistry Students and the British Chemical Community, 1887-1956' (Dr Gerrylynn Roberts, The Open University). The day's events will conclude with the unveiling of a RSC Chemical Heritage plaque at the Slade School of Art, once the site of Ramsay's laboratory where he completed many of his groundbreaking experiments.

Sir William Ramsay was Professor of Inorganic Chemistry at UCL's Department of Chemistry from 1887, until his retirement in 1913. Although he worked initially in the fields of organic and physical chemistry, he is best remembered for his meticulous studies of the gases of the atmosphere. Between 1885-1890, Ramsay published several notable papers on the oxides of nitrogen and followed these up with the discovery of argon, helium, neon, krypton and xenon, collectively known as the 'noble gases'. 2004 marks the centenary for his Nobel Prize in Chemistry, which was awarded for the "discovery of the inert gaseous elements in air, and his determination of their place in the Periodic system."

Dr Andrea Sella, of UCL's Department of Chemistry, said: "Mendeleev had only just published his revolutionary periodic law of the elements which neatly assigned a place to all of the known elements. Ramsay's noble gases did not fit and therefore required the addition of a whole new column to the table. His discovery brought to an end the heroic century of elemental discovery."

To find out more about the Department of Chemistry use the link below.