Professor Roland Littlewood of UCL's Centre for Behavioural &amp; Social Sciences in Medicine and Department of Anthropology, is researching the prevalence and impact of medieval codes of law governing land ownership, property rights and blood feuds in Albania and Kosova. 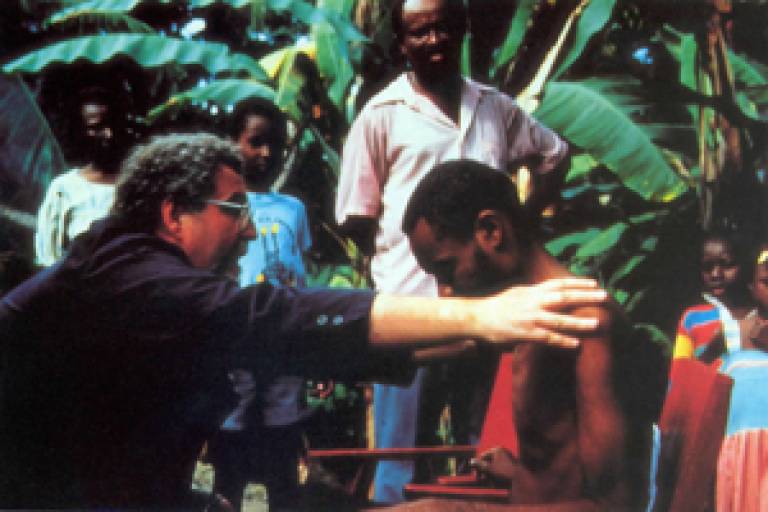 Professor Littlewood's recent field research examines the existence and impact of blood feuds in present day Albania and Kosovo. During the 20th century, the neighbouring states of Albania and Kosovo remained among the poorest parts of Europe, due to their political and geographical isolation. Since the decline of communist authority and the ensuing privatisation of communal land, the incidence of blood feuds has increased dramatically. In 2001, 73 per cent of violent deaths in Albania were caused by blood feuds.

Professor Littlewood said: "With Albania and Kosovo's isolation from the rest of Europe, a structure of clans or tribes has developed in rural life. Here, customary laws prevail in the absence of a nationally enforced system of justice. The most influential of these laws is known as the Kanun." The Kanun details laws and customs governing marriage, land ownership and livestock rights as well as the regulation of blood feuds. Blood feuds are concerned with the escalation of a feud between two parties, which results in murder. According to the Kanun, upon the death of one party in the feud, his bloodstained shirt is hung up to dry. As soon as the blood turns yellow, it is then time to avenge his death with a reciprocal murder.

Professor Littlewood said: "However the feud starts, from quarrels over boundaries or insults to women, its continuation has an almost inexorable public form. The blood feud is a collective concept involving the whole community." Professor Littlewood argues that this community response to sudden loss of life is more closely tied with customary law than with Euro-American notions of psychological ego-centred loss.

With the frequency of male deaths, women can elect to become honorary males, inheriting land and heading households. These women are known as 'sworn virgins' and have been reported in Albania and Kosova since the early 1800's. Adopting men's dress, short hair and smoking and drinking in public, they often take traditional male labouring jobs and may even take the masculine form of their name.

Professor Littlewood questions whether their gender is perceived as male, female or 'other'. He said: "Whether we take the emergence of phenomena like a third sex as more or less likely with traditional binary gender classification, it nevertheless appears that sworn virgins have less classificatory autonomy than lesbians in more pluralistic societies, constantly tending to be represented as women who have become men. Male and female still appear as powerfully contrasted and determining categories in Northern Albania, as we would expect if sworn virgins are women who became men rather than some separate third sex. Sworn virgins are always described in terms of male or female attributes: never in terms of anything altogether other."

To find out more about Professor Littlewood use the link below.