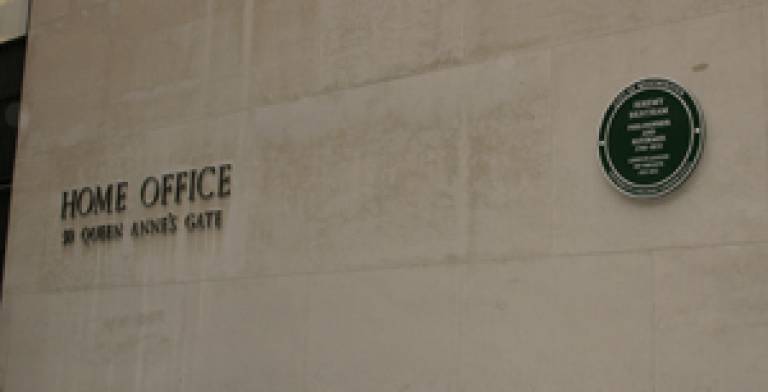 50 Queen Anne's Gate, now occupied by the Home Office, was home to Bentham, the spiritual founder of UCL, between 1792-1832.

As Bentham was the foremost philosopher, jurist and political economist of his day, it seems fitting that his former home is now occupied by the government, especially given the current administration's enthusiasm for identity cards and increased surveillance. 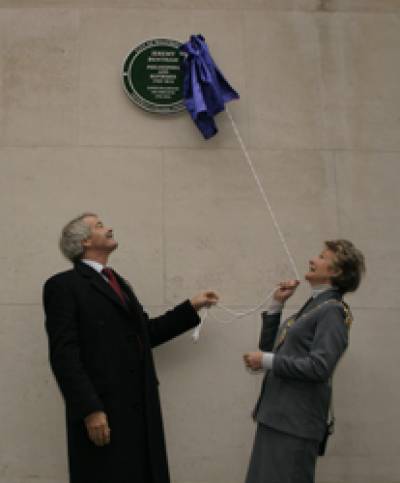 Professor Philip Schofield, Director of UCL's Bentham Project, explains: "Much progress has been made in the 172 years since his death, but even today we have not solved the problem of how we can confirm that the people we are dealing with are who they say they are. While some oppose the government's current proposal of introducing identity cards because they believe increased regulation decreases freedom, Bentham believed that regulation had the potential to increase civil liberty."

He said: "Back in the 1700s there wasn't the technology we have today so Bentham's idea was that everyone should have an identity tattoo. Fraud would then be much more difficult; confidence and security would increase; and people would have greater freedom to pursue legitimate activities. Similarly Bentham would be in favour of CCTV. He believed that you could make people act in a socially responsible way by watching them."

For more information on the Bentham Project use the link below.