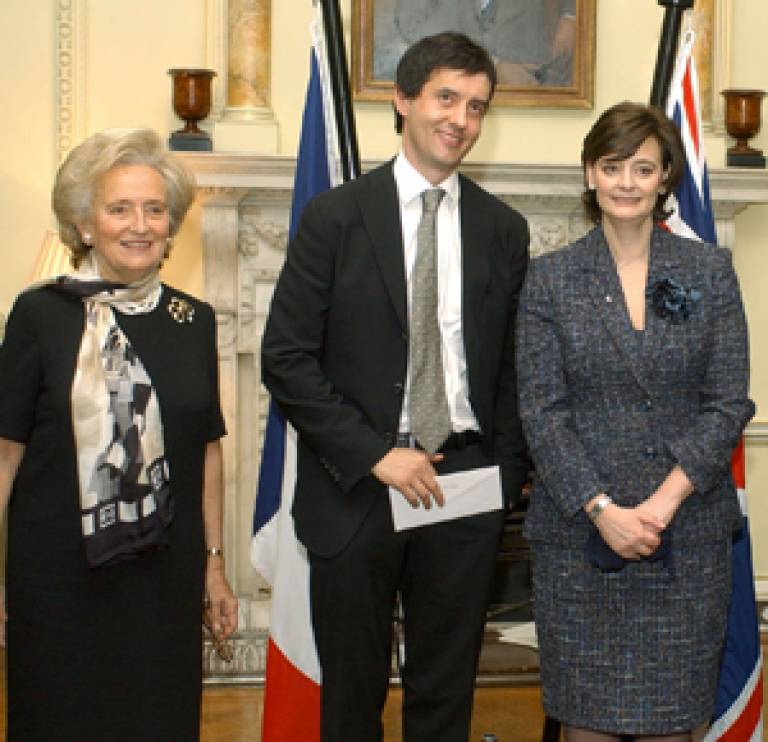 The new prize - instituted by the British and French governments and supported by the Aga Khan Development Network and the British Council - rewards the best young cancer researchers from the UK and France and will assist them to establish Franco-British research collaborations.

Professor Boshoff is a cancer physician in the Head and Neck Cancer Unit at University College London Hospitals and his Cancer Research UK-funded laboratory investigates the role that viruses play in cancer development (viral oncology). He also has an interest in new targeted cancer therapies and using genetics to predict responses to these new treatments (pharmacogenetics).

Professor Boshoff says: "Despite many important recent advances, cancer continues to be a major cause of suffering. It is encouraging that both the French and British governments are committed to promoting collaborative research that could lead to cures. Although I am honoured to be the recipient of this award, I am part of a large dedicated team of cancer scientists. I would like to thank Cancer Research UK, the Medical Research Council and the Wellcome Trust for supporting our work."

The prize was awarded in a ceremony at 10 Downing Street on 18 November 2004 - during French President Jacques Chirac's visit to the UK - by Mrs Cherie Blair and Mme Bernadette Chirac.

In 2004, the UK and France celebrate 100 years of the Entente Cordiale, an agreement signed in 1904 which brought to an end long-standing territorial disputes between the two countries. The centenary provides an important milestone, both for celebrating the last hundred years, and for looking to the future, seeking ways for France and the UK to work together to tackle the challenges of the next century.

Scientific and technological research by its very nature requires a team approach which transcends national boundaries; and both the French and British governments have placed the fight against cancer at the top of their political agendas. Cancer research is therefore one of the principal themes for the Entente Cordiale centenary celebrations.

To find out more about Professor Boshoff's work use the link below.