UCL palaeobiologist Professor Adrian Lister's expertise is in demand after the discovery of a complete mammoth skull in a Gloucestershire gravel pit. 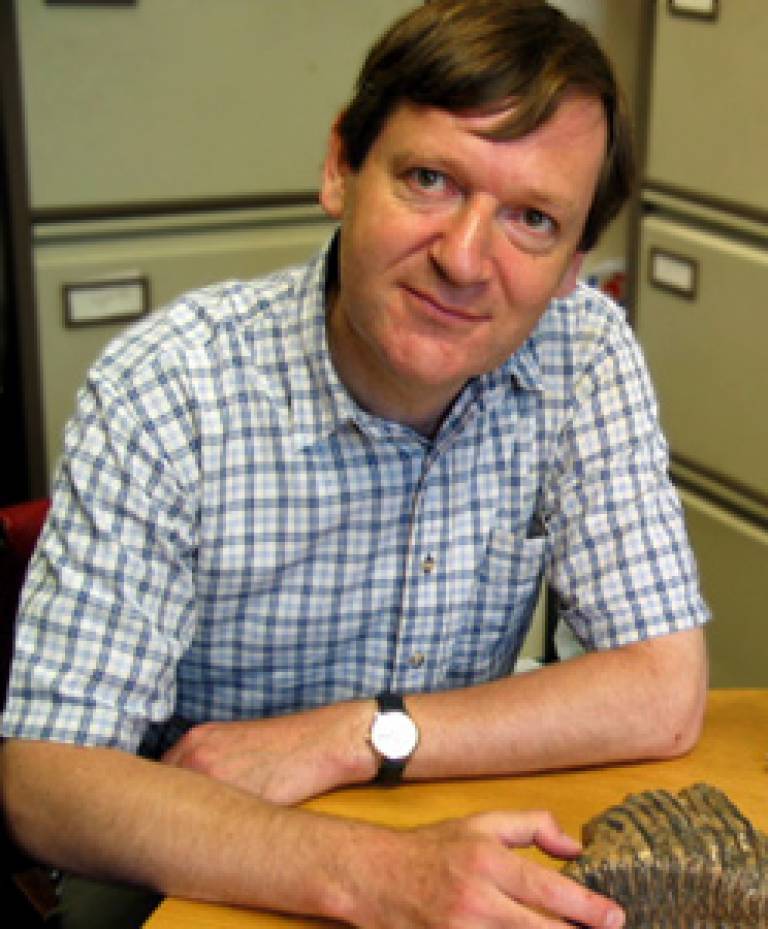 The rare find was made in January 2004 by palaeontologist Dr Neville Hollingworth of the Natural Environment Research Council. The only other complete mammoth skull to be found on British soil was discovered in Ilford, Essex, in 1860 and can be seen in the Natural History Museum.

The UK's leading expert on mammoths, Professor Lister will conduct tests on the fossil to determine the specimen's geological age. He said: "It is not uncommon to find pieces of mammoth bone in these gravel pits, which were laid down by rivers between 100,000 and 10,000 years ago during the ice age." 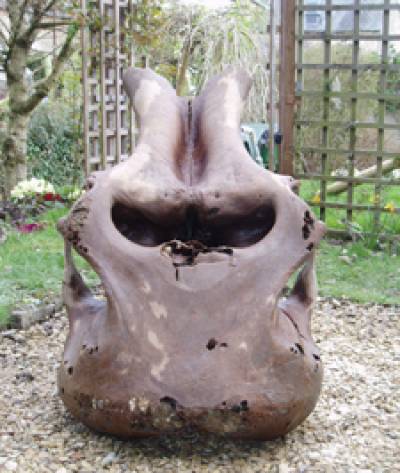 Just looking at the skull immediately gave Professor Lister clues: "The skull is not huge, and the narrow tusk sockets suggest that this is a female. The teeth are worn, which indicates a fully-grown adult. This specimen is in particularly good condition, probably because it became buried quickly in mud."

Professor Lister will conduct radio carbon dating tests on the skull to gain more accurate data. The results will then be used as part of a comparative study of mammoth fossils. He said: "Mammoths were originally tropical animals that migrated north and adapted to their surroundings. By comparing examples from different eras, we can see the evolutionary changes the animal went through before its eventual extinction."

The Ilford fossil hails from around 200,000 years ago, when the area would have been wooded with a mild climate. The new find is estimated to be around 40,000 years old. This animal would have lived in an open, grassy and much colder environment. Comparing these two specimens, plus others from around Europe will provide evidence about the evolution and movements of the species. The specimen will be put on public display at the Cotswold Water Park later this year.

To find out more about Professor Lister, use the link below.