UCL's Forensic Science Outreach Programme will visit 15 schools throughout the UK this summer. 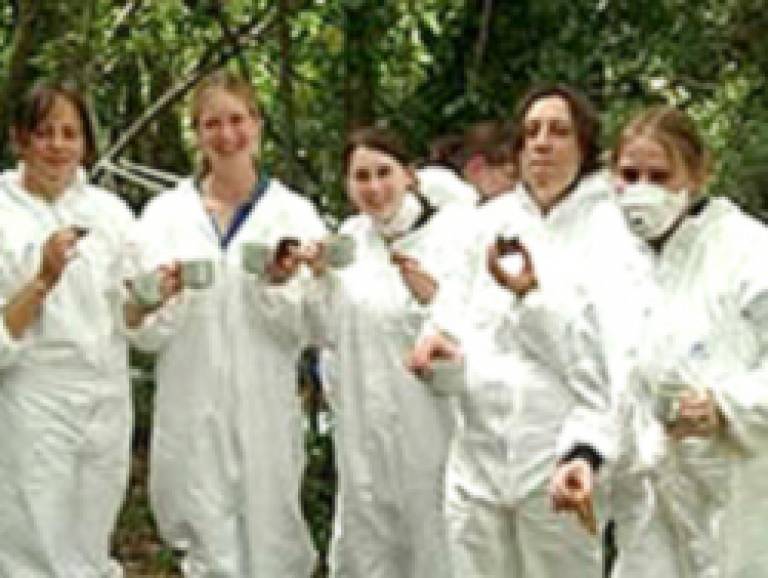 The project's director, Ms Kimberlee Lange, will travel as far north as Newcastle with the scheme, which aims to encourage year 9 and 10 students to take an interest in science.


Each programme, which lasts two days, consists of a murder scenario in which the headmaster is the victim. The pupils forming the investigating team search the school grounds for clues before conducting a lab analysis and presenting their evidence in court. Professional barristers cross-examine the students in front of a judge and a jury made up of their classmates.

The outreach programme has proved very popular with both students and teachers, with many of this year's schools having participated before. Ms Lange says: "A key factor in its success is that it shows a practical application of science and it also encourages citizenship and breaks down barriers with the police."

The police play a key role in the programme, providing a scenes-of-crime officer for the duration of the exercise and donating forensic suits for the pupils to wear. Links have been established with several police forces throughout the country including the Metropolitan, West Midlands, West Yorkshire and Hampshire forces.

First set up in 2002 as part of a two-day summer school for Haverstock School, the scheme now goes out to 27 schools and reaches more than 800 students. A Crime Scene Investigation Master Class has also been introduced which takes a more in-depth look at all aspects of forensics through a series of six after-school lectures.