Why do Oscar winners live for an average of four years longer than other Hollywood actors? Why does life expectancy rise by 20 years over the 12 mile subway journey that divides poor black downtown Washington DC and rich white Montgomery County? Who experiences more stress - the decision makers or those who carry out their orders? These are just some of the questions posed by UCL's Professor Sir Michael Marmot in his new book, Status Syndrome. Spanning 30 years of research, including the Whitehall studies, which examined the gaping differences in the health of employees of the British civil service, 'Status Syndrome' examines the link between people's position on the social ladder and their corresponding health. "Despite having no extremes of rich and poor, Whitehall was an ideal laboratory to discover how subtle differences in social ranking can lead to dramatic differences in health," says Professor Marmot. For example, men at the bottom of the office hierarchy had, at ages 40 - 64, four times the risk of death than administrators at the top of the hierarchy. Similarly, smokers in lower grades were found to have a higher risk of heart disease than smokers in higher grades. Additional research from Australia, Sweden, Russia, the United States and India, also reveals similar findings. 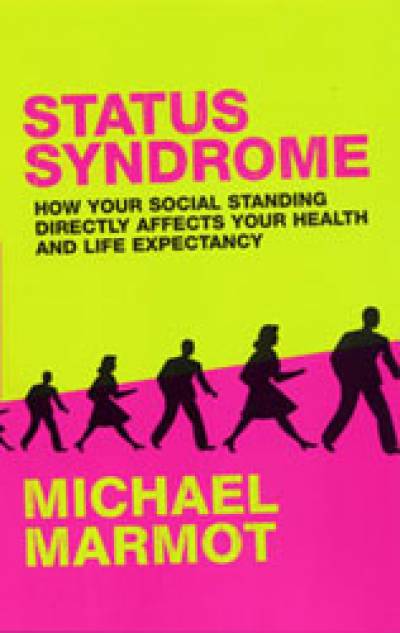 Two key factors are identified as having the greatest impact on health and life expectancy - a sense of control over your life, and opportunities for social engagement. "The lower in the hierarchy you are, the less likely it is that you will have full control over your life and opportunities for full social participation. Autonomy and social participation are so important for health that the absence of them leads to deterioration in health," says Professor Marmot.

"The book will not tell you what to eat for breakfast or how many times a week to go jogging, important as these things may be. Its aim is to help, by understanding the causes of the status syndrome, change the way we think about what we can do to lead more fulfilling lives and how we can shape the society in which we live to achieve that end," says Professor Marmot.

Sir Michael Marmot has been at the forefront of research into health inequalities and was awarded a knighthood in 2000 for services to epidemiology and understanding health inequalities. Status Syndrome: How your social standing directly affects your health and life expectancy is published by Bloomsbury.

To find out more about Professor Marmot and the book, Status Syndrome, use the links below.