A plaque commemorating a major gift by the Dr Mortimer &amp; Theresa Sackler Foundation has been unveiled at UCL. 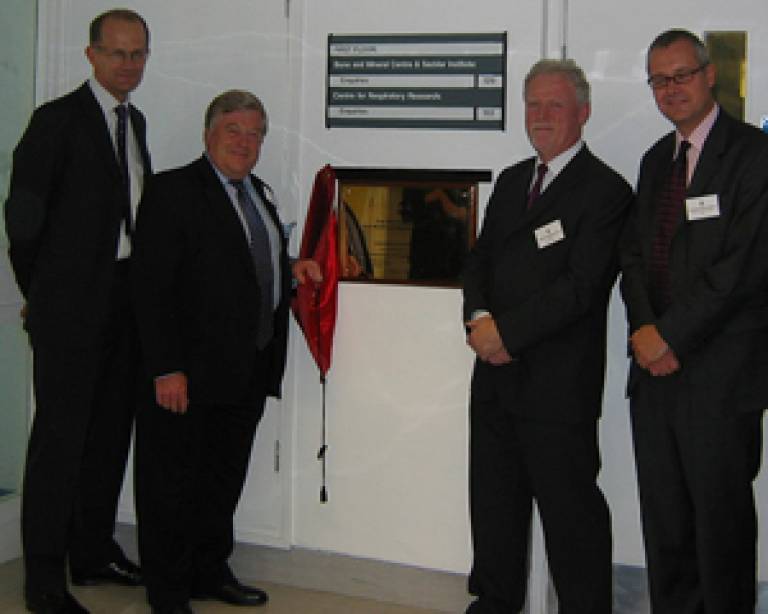 The gift established the Sackler Institute for Musculo-skeletal Research, which focuses on cross-cutting research into diseases of the human skeleton - current projects include work on the development of robotic surgery and the study of cell signalling systems of relevance to osteoporosis.

Trustee Mr Raymond Smith attended the ceremony on behalf of the foundation. He was greeted by Professor Patrick Vallance, Head of UCL's Division of Medicine, Professor Michael Horton, Director of UCL's Bone & Mineral Centre and the Institute's Research Director and Mr Justin Cobb, its Clinical Director. Mr Smith toured the institute before the unveiling of the plaque, and was then introduced to some of the graduate students, who gave detailed accounts of their research.

Dr Mortimer Sackler (Middlesex Hospital School of Medicine 1944), was made a Fellow of UCL in 2003. He and his wife Theresa are amongst the UK's most generous philanthropists.