Researchers at UCL have discovered that cells which govern the body's immune system are the origin of a cancer commonly found in people with HIV. 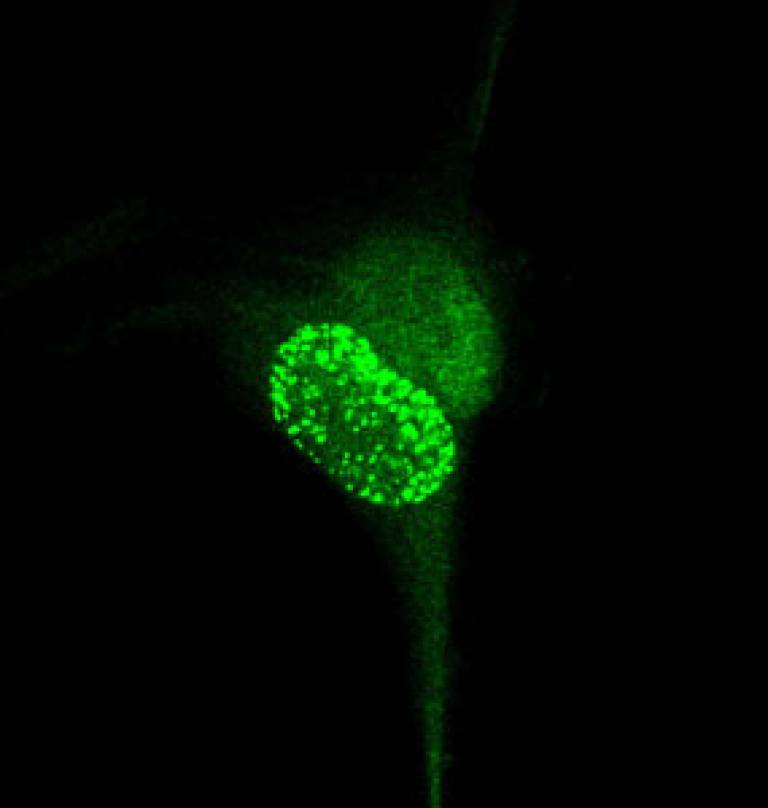 The discovery, published in this month's journal 'Nature Genetics', could lead to the development of new ways to treat the cancer, as well as providing more information about viruses that cause other cancers, such as cervical cancer.

The research, funded by Cancer Research UK and led by Chris Boshoff, Professor of Cancer Medicine, has discovered that the cancer known as Kaposi sarcoma, first develops in the inner cell lining of the lymph vessels, known as the lymphatic endothelial cells. The findings reveal that the herpes virus which causes Kaposi sarcoma, infects blood vessel endothelial cells, transforming them into the lymphatic cells which are characteristic of this form of cancer.

Kaposi sarcoma, was first described by Moritz Kaposi, a Hungarian dermatologist, in 1872, but the origins of this cancer have been unknown for over 100 years. Kaposi sarcoma, initially a rare malignancy found in parts of the Mediterranean and Africa, affects patients whose immune systems have been suppressed, and is commonly found in patients with HIV, or after an organ transplant.

Professor Boshoff says: "Now that we know in which type of cell Kaposi sarcoma originates, we should be able to identify new ways to treat the condition. The findings could also yield new clues about other cancers that are triggered by viruses. Finding new cancers early is vital if treatment is to be successful. By testing blood for growth factors that encourage the cells lining lymph vessels to grow, doctors might be able to predict which high-risk patients - such as those with HIV or who have had an organ transplant - will subsequently develop Kaposi sarcoma."

To find out more about Professor Boshoff, use the link below.