A new training course has been developed at UCL in a technique which will significantly improve breast-cancer management in the UK. 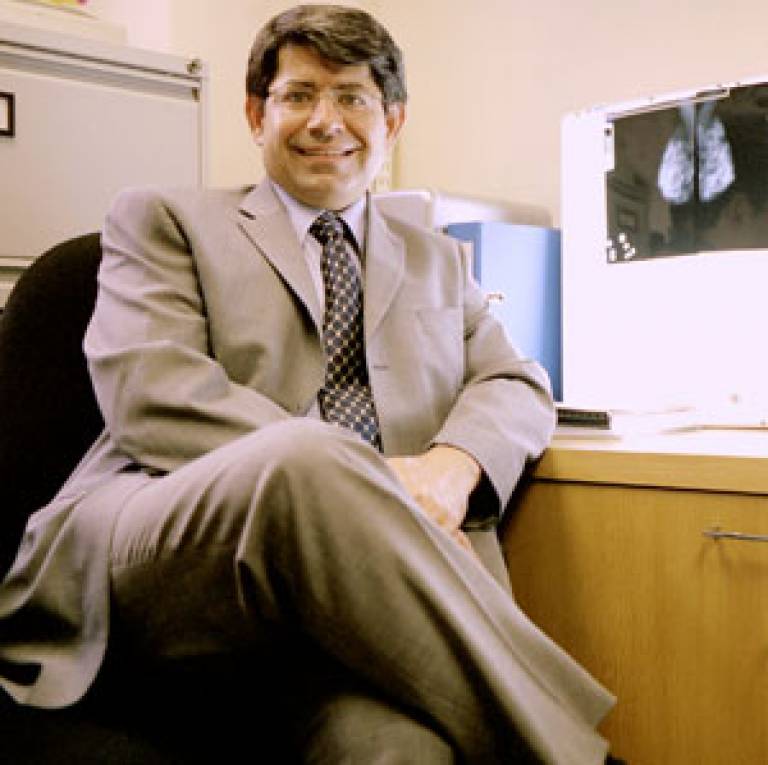 
Sentinel node biopsy involves identifying the first lymph gland that breast cancer would spread to, and removing this gland for examination by a pathologist. If no tumour is found within the sentinel lymph node, patients can avoid an operation to remove all of the lymph glands under the arm. The traditional method of routine removal of all the lymph glands under the arm is an extensive operation with a prolonged recovery time and numerous side effects, including permanent swelling of the arm (lymphedema), shoulder pain and numbness. ALMANAC is a major trial of sentinel node biopsy being conducted in the UK, and early results from 1031 patients indicate a significant improvement in the quality of life of patients following sentinel node biopsy, compared to the traditional treatment.

Although sentinel node biopsy is already in routine use in countries such as the United States, Italy and the Netherlands, it is still only available at very few centres in the UK, including UCL Hospitals. Mr Keshtgar says: "With an accuracy level in excess of 97%, we believe sentinel node biopsy will be introduced as routine practice in the UK within the next 18 months. As such, training of surgeons using this method is essential, and we have developed this course to address this."

The course aims to provide core knowledge, as well as practical skills essential for the introduction of this technology in clinical practice. 32 candidates have to date completed the course. A unique feature of the course is the practical training within the clinical skills laboratory, using a training simulator which has been developed at UCL, and is the first of its kind in the world. This allows candidates to practice all aspects of the procedure, including the actual surgical procedure. In addition, live video transmissions from the Institute of Nuclear Medicine and operating theatres, demonstrate the real life use of the technique.

Other breast cancer initiatives being developed at UCL include the targeted intra-operative radiotherapy trial (TARGIT), a new method which administers radiotherapy in the operating theatre immediately after surgical removal of the breast cancer. Mr Keshtgar says: "This method allows surgery and radiotherapy to be completed in one sitting, thereby avoiding post-operative radiotherapy which is usually given over a period of up to six weeks. Apart form the convenience of a single treatment; waiting lists for radiotherapy are also a huge problem in the UK. I believe, if successful, TARGIT could help towards alleviating the waiting time experienced by breast cancer patients."

The sentinel node biopsy in breast cancer training course takes place 28-29 September 2004 at UCL and is supported by the North London Cancer Network.

To find out more about Mr Keshtgar and the TARGIT trial, use the links below.