Dr Louise Harra, of UCL's Mullard Space Science Laboratory (MSSL), has been awarded one of the Philip Leverhulme Prizes 2003. 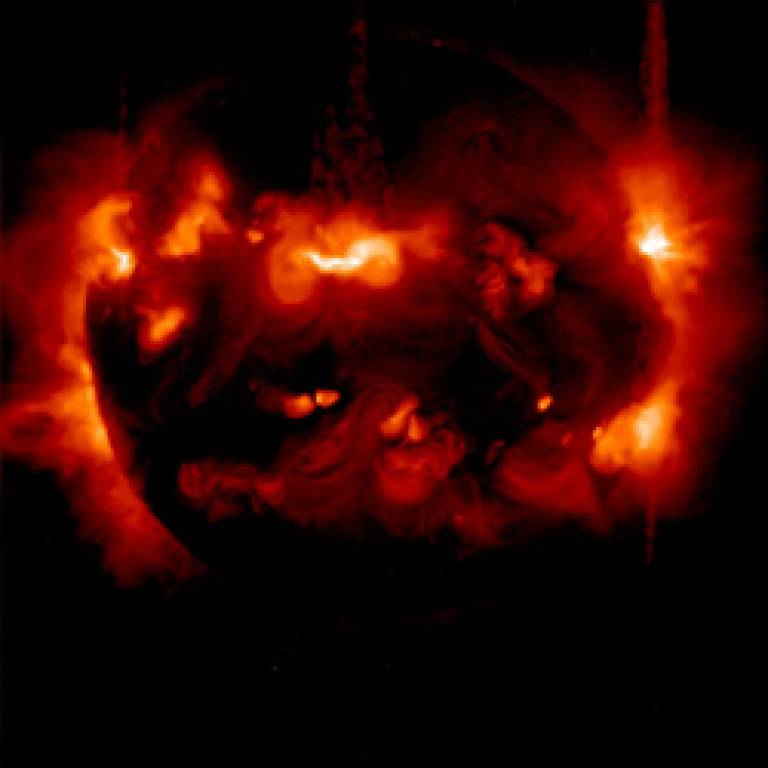 The awards recognise young scholars of substantial distinction and promise.

One of five young scientists to receive an award in the Astronomy & Astrophysics category, Dr Harra's research focuses on solar physics and has used observations from space satellites to shed new light on the Sun's outer atmosphere, or corona.

Dr Harra and the other prize-winners in the category presented their research to the Royal Astronomical Society on 9 January 2004. Her presentation 'Solar Flares and Coronal Mass Ejections' discussed the impact that future instrumentation will have on our understanding of the dramatic explosions on the Sun, from confined, smaller scale flares, to more global phenomena such as coronal waves.

Dr Harra said: "Flaring normally occurs on the Sun related to bright active regions. Active regions are regions on the Sun with a very strong magnetic field that is able to confine high temperature gas. When these magnetic flux tubes are moved around, they can bash against each other, causing an explosion - a solar flare. These flares produce as much energy as 10 million volcanoes, and can throw gas towards the Earth. Large flares were produced from active regions late last year, creating beautiful aurora seen as far south as London! My research examines flares seen outside active regions on the Sun that could be larger in spatial size."

In November 2003, The Astophysical Journal published a report by Dr Harra, Dr Sarah Matthews and Dr Lidia Van Driel-Gesztelyi (MSSL) that presented - for the first time - observations of flaring behaviour in a 'transequatorial loop' on the Sun. These loops are huge - a factor of at least five times longer than normal flaring loops on the Sun.

Dr Harra explained: "These observations have huge implications in the way we comprehend the solar cycle and the global reconstruction of the Sun's magnetic field after such an event. We observed soft x-rays of the loop connecting the Southern and Northern hemispheres over a two-day period, and proved this phenomena's importance in terms of their energy content."

Image: Active regions on the sun.

To find out more about Dr Harra's research, use the link below.