A new study under the direction of Professor Roger Mackett, of UCL's Centre for Transport Studies, examines the impact of increases in car use on children's levels of physical activity. 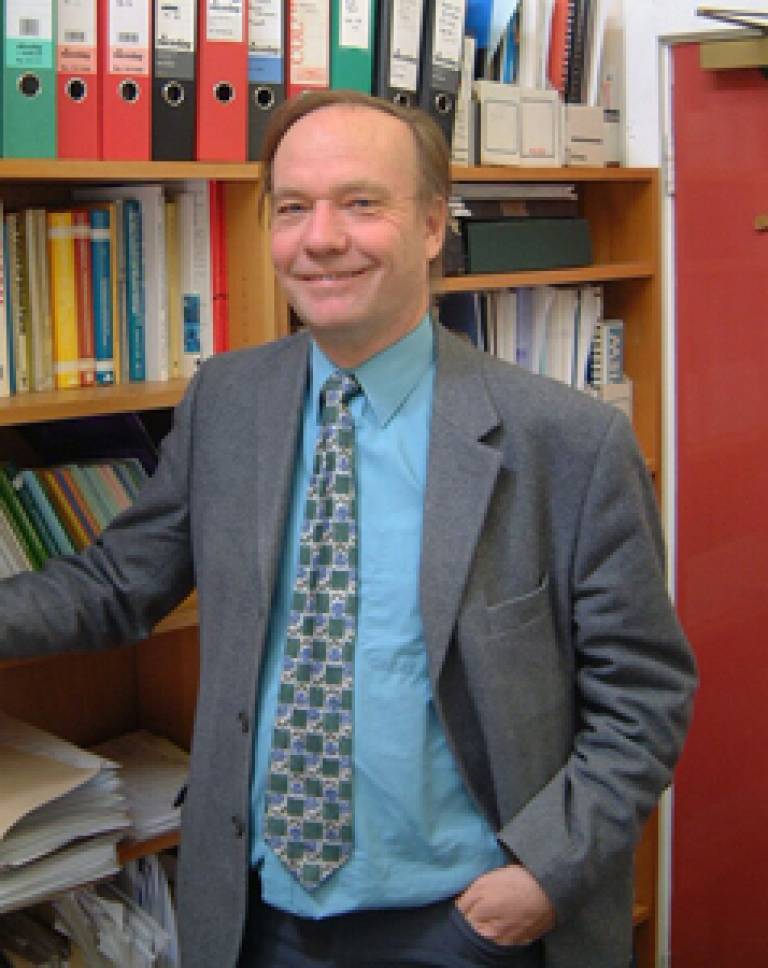 As Professor Mackett explains: "Children are walking less than they used to. For example, between 1985 and 2002, the percentage of trips walked by children, such as to and from school, declined from 42% to 32%. A major factor for this worrying development is the ever-increasing growth in car use. This in turn reduces children's quantity of physical activity, with serious implications for their health, which can lead to a greater risk of diseases, such as obesity and osteoporosis, in later life."

A major component of the research was the study of 200 children aged between 10 and 13. Each child was fitted with a motion sensor, which records the number of calories used when carrying out activities, and were asked to complete travel and activity diaries. "We know that walking is good for children, but with this research we examined the comparative effects of different types of transport on children's physical activity, thereby providing clear evidence of the benefits of walking compared to car travel" says Professor Mackett.

The researchers arrived at several interesting conclusions. Professor Mackett says: "We found that the car plays a big part in children's lives, with many more events, such as visits to friends and weekly classes, being reached by car rather than walking. We believe that this reflects changes in contemporary society, where children have shifted from unstructured activities, such as playing outside to structured ones. Interestingly, we also discovered that walking to and from school every day for a week uses more activity calories than two hours of PE."

The research has resulted in a number of spin-off projects, such as the appointment of Professor Mackett to a specialist advisor to the House of Commons Education & Skills Select Committee for an inquiry into the draft School Transport Bill, as well as his next research project, 'Children's Activities, Perceptions and Behaviour in the Local Environment (CAPABLE)'. CAPABLE is a joint research project between UCL's Centre for Transport Studies, Bartlett School of Architecture, Department of Psychology and the Centre for Advanced Spatial Analysis (CASA), which begins in August 2004. Funded by the Engineering and Physical Sciences Research Council (EPSRC), this project will explore how children use their local environment and according to Professor Mackett: "It will look closely at children's behaviour and perceptions in order to see how they use their local environment and how it can be improved to match their needs better, as well as making them safer."

Children will be fitted with global positioning satellite equipment, three-dimensional accelerometers, as well as keeping travel and activity diaries so that their use of the space around them is monitored. The project will assess how many children are able to walk to school and other activities safely, as well as the impact of new physical designs on their environment. "In today's age of increased parental concern over children's safety and well being, we believe this project will be of great value to society" says Professor Mackett. 'Reducing children's car use: the health and potential car dependency impacts' is the result of three years of research by the Centre for Transport Studies in collaboration with Hertfordshire County Council, with funding from the EPSRC. The project team included UCL's Dr Jill Turbin, Ms Lindsey Lucas, Mr James Paskins and Mark McCarthy, Professor of Public Health.

To find out more about the CAPABLE project, use the link below.