Two of the 22 Philip Leverhulme Prizes awarded this year have gone to UCL academics. 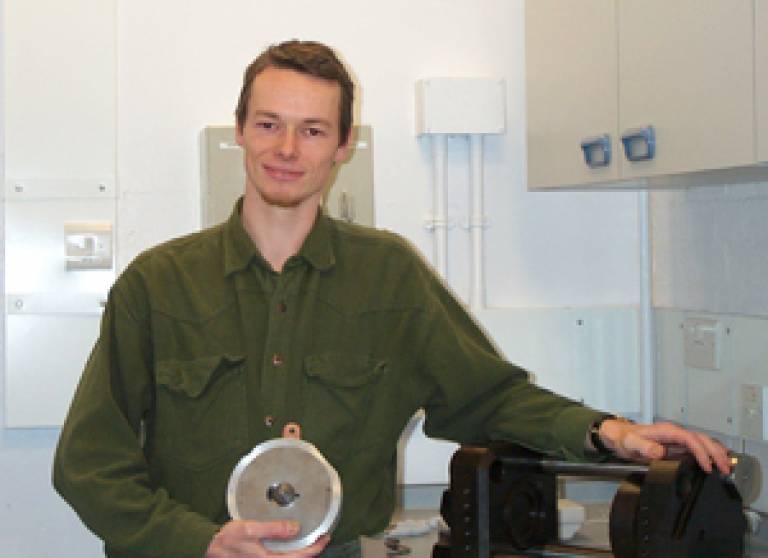 Dr David Dobson (Earth Sciences) and Professor Steffen Huck (Economics) each received an award of £50,000 to pursue their research interests over the next two years.

Dr David Dobson conducts high-pressure experiments on minerals and rocks to determine the properties of deep Earth. Using multi-anvil presses, Dr Dobson is able to exert huge pressure on samples, comparing the effect to: "100 elephants sitting on each other's shoulders, with the bottom one standing on one leg, wearing a pair of stilettos. It's the pressure under the stiletto we're exerting." These high-pressure experiments, have for the first time been linked up to listening devices by Dr Dobson and colleagues from Earth Sciences, giving an added dimension to scientists' understanding of the origin of earthquakes and related processes in the deep Earth.

Beginning in March 2005, Dr Dobson will use the Leverhulme award to embark on several new research projects. As well as developing new multi-anvil techniques, he will begin a project which will look at the ancient rocks of the Earth. These rocks are found at cratons - the ancient hard core of a continent - and are several billion years old. The project team will collect rocks from as far afield as Canada and Australia, then conduct experiments to determine their chemical composition. Little research has been conducted into ancient rocks so far and it is hoped that the results will shed more light on the ways in which the Earth is still affected by its very earliest history.

The award also means that Dr Dobson will be able to build up a substantial library of samples, which are often quire rare and expensive. Pallasites, which are found in some meteorites, are particularly rare as they date back to the very beginning of the Solar System's formation. Analysis of pallasites will help to reveal the make-up of the elements at the Earth's core: "The Leverhulme Prize is unique as it gives you tremendous freedom to carry out research you wouldn't otherwise be able to do," says Dr Dobson.

Professor Huck is based in UCL's Centre for Economic Learning and Social Evaluation (ELSE), an interdisciplinary research centre specialising in the study of human behaviour, which encompasses economics, psychology and anthropology. After an extensive period of studying experimental markets, Professor Huck's current research focuses on issues of trust and social learning and is conducted within the framework of game theory. 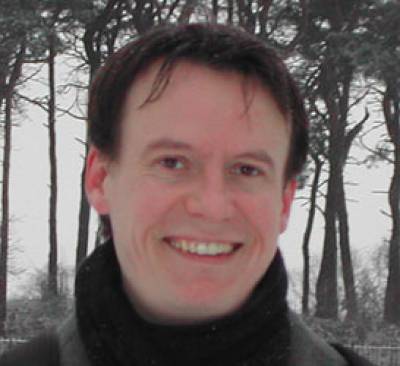 The prize will enable Professor Huck to embark on several new research projects, one of which looks at the problem of what can be learned from the behaviour of subjects observed in an experiment - about the behaviour of those who have not been observed.

"When we do experiments we always face the problem that we can only experiment on volunteers. So, how can we make inferences about, say, the entire UCL student body from just observing the students who come to our lab? In a first study we will analyse what we can find out about UCL students' altruism, impatience and overconfidence", explained Professor Huck.

Professor Huck will use much of the money awarded for travel so that he can meet with colleagues, he says: "For a variety of reasons I haven't been able to spend enough time talking to colleagues and co-authors over the last few years and this prize will provide a wonderful opportunity to rectify the situation. In addition, I will spend some of the money on a laptop, software, and research assistance."

The prize recognises and facilitates the work of outstanding young researchers based in UK universities and is awarded to scholars who have already influenced the understanding of their field and gained an international standing, but of whom it is felt that their best research is yet to come. The competition focuses on different subjects each year; for 2005, applications are invited for Astronomy and Astrophysics, Engineering, Geography, Modern European Languages & Literature and Philosophy & Ethics.

For more information on the Leverhulme Prizes use the link below.