When two people have a conversation with each other, how do they understand each other? In a typical conversation, words change their meanings in sometimes subtle, sometimes obvious ways. 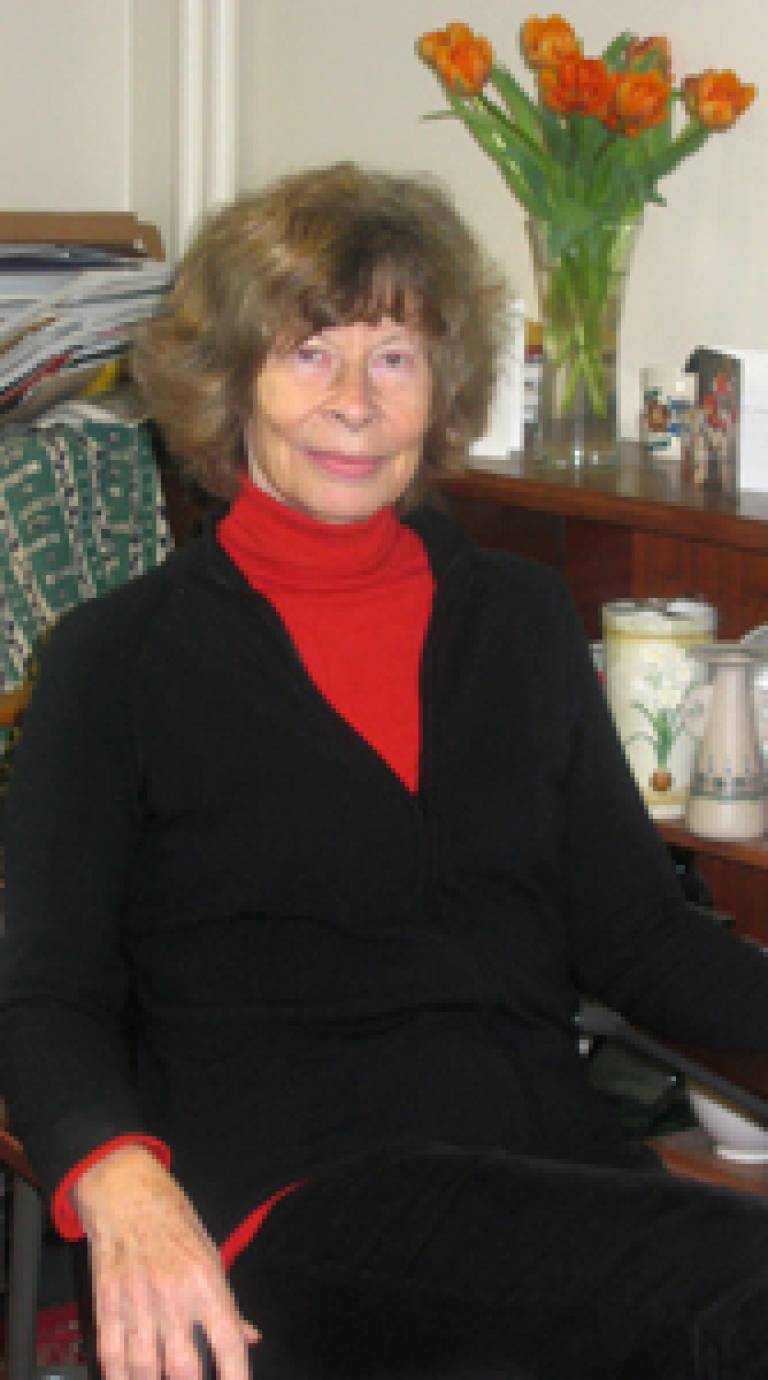 Deirdre Wilson, Professor of Linguistics at UCL's Department of Phonetics and Linguistics, with her colleagues Robyn Carston, Reader in Linguistics and Tim Wharton, Postdoctoral Fellow in Pragmatics, have been researching how words may be understood in different ways and in different contexts, with funding from the Arts and Humanities Research Board.

Take the phrase 'I have a temperature,' as an example. This is normally understood as meaning that the speaker has a high temperature, rather than a low or normal one. Take the phrase 'My neighbour drinks'. This is normally understood as meaning that the speaker's neighbour drinks alcohol, or a lot of alcohol, rather than simply milk or water. Another example is 'My friend is an angel'. This is normally understood as meaning that the friend is a good, kind person, rather than literally an angel. Professor Wilson and her colleagues argue that words change their meanings in context in ways that increase their relevance to hearers, and that metaphor, rough approximation and narrowing of literal word meanings are illustrations of this basic fact.

The project is the latest development of Relevance Theory, a theory of communication and cognition developed jointly by Professor Wilson at UCL and Professor Dan Sperber of the Institut Jean Nicod at the Centre Nationale de la Recherche Scientifique (CNRS), France. Relevance Theory claims that human communication and cognition are governed by the search for relevance. The theory has been influential not only in linguistics, but in psychology, philosophy and literary studies.

Professor Wilson believes that a multidisciplinary approach is essential for the study of communication. She said: "Traditionally, language has been studied in isolation by many disciplines such as literature, philosophy and law. Each has produced important insights which should be shared with researchers in other fields. To arrive at a better theory of communication, multidisciplinary collaboration is vital."

Professor Wilson is one of the founding members of the interdisciplinary journal, 'Mind and Language.' Her collaborations with Professor Sperber and colleagues at the Cognitive Science Institute (Lyon), the International Christian University (Tokyo) and Guangdong University of Foreign Studies (China) are longstanding.

To find out more about Professor Wilson use the link below.

Link: Department of Phonetics and Linguistics