A conference, which is organised by a joint committee of the Commonwealth Fund and Neale Colloquia of UCL's Department of History, takes place at UCL in February. 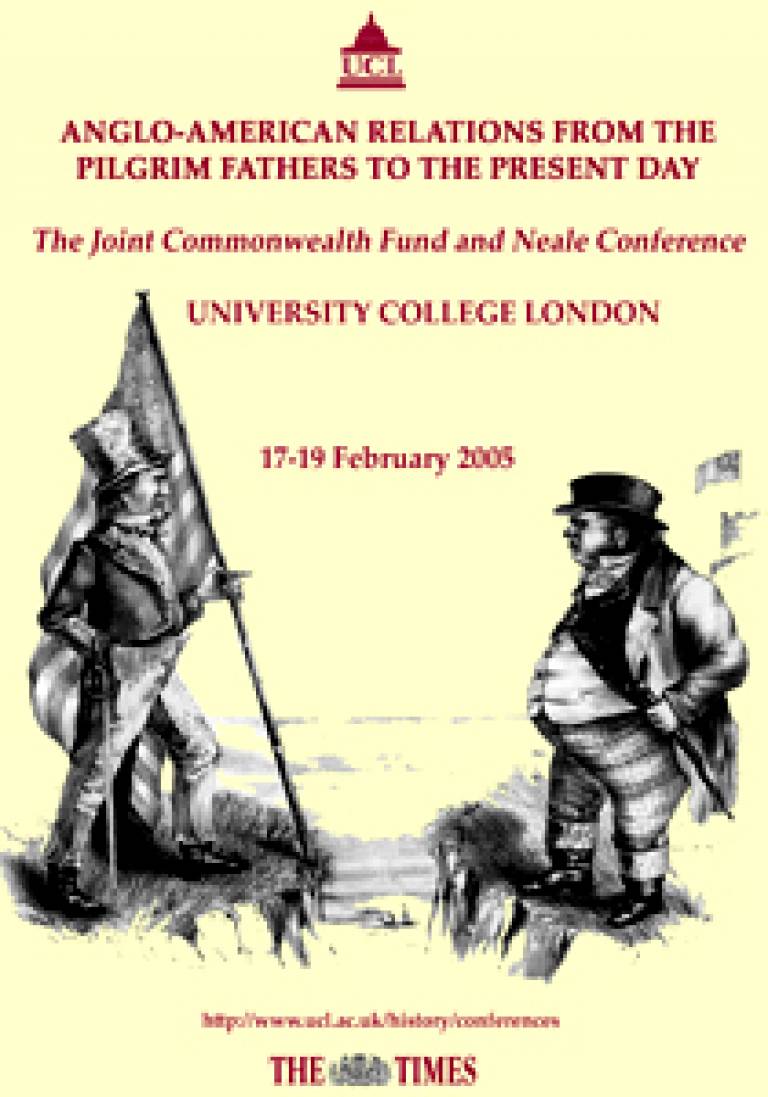 'Anglo-American Relations from the Pilgrim Fathers to the Present' will take place from 17-19 February and will explore the evolution of Anglo-American relations over the centuries.

Distinguished speakers from universities in Britain and the U.S.A. will discuss a range of themes associated with Anglo-American relations, including national identity, social & cultural links and politics. Speakers at the event include UCL's Professor Philip Horne (talking on 'Theodore Roosevelt, Henry James and the screws of national consciousness'), Professor Mark Noll of Wheaton College, USA (talking on 'Colonisation, varieties of empire and the complexities of religious interchange between North America and Great Britain') and Dr Mark Glancy of Queen Mary College (talking on 'Crossing the boundaries of the special relationship: the interchange of popular culture between Britain and the United States').

The conference will be chaired by Professor Kathleen Burk of UCL's Department of History, who will also speak at the conference as the Commonwealth Fund Lecturer. She will discuss the topics: 'What then is the American, this new man?' and 'Why England is England": Anglo-American perceptions of identity during the long nineteenth century.'

This year's conference is funded by a fusion of two historical funds. The Commonwealth Fund of New York first gave money to UCL in 1929 and has since funded an annual lecture in American history by a distinguished scholar. The annual Neale lecture honours Sir Jonathan Neale, Astor Professor of English History at UCL from 1927-1955. Since 1970 his publishers, Jonathan Cape, have funded an annual lecture in British history in his honour, attracting leading scholars from around the world. The conference has also received generous support from other sources, including the US Embassy in London, Times Newspapers Limited and the Royal Historical Society.

Places are still available. To find out more about the Department of History use the link below.