Members of UCL's Centre for Tissue Regeneration Science are travelling east to forge links with tissue engineers across the world. 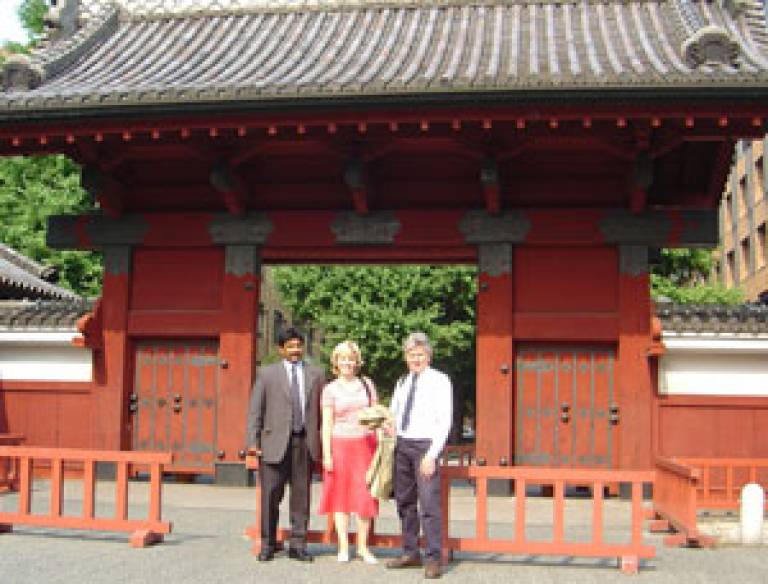 With the support of a grant from the Engineering & Physical Sciences Research Council, Professor Robert Brown, Mrs Sally Brown and Dr Vivek Mudera have visited tissue engineering centres throughout Japan, and are visiting India and China in November.

Their visit to Japan proved a resounding success, unearthing many opportunities for fruitful collaboration with Japanese universities in funding, networking and research. The UCL team run the British Tissue Engineering Network (BRITE Net), established to encourage communication between UK tissue engineers. Their expertise in establishing the network was particularly welcome to the Japanese, who do not have a robust networking system at present.

An exciting outcome of the Japanese mission is a two-hour live web meeting between the Tokyo Graduate School of Medicine and the Tissue Regeneration & Engineering Centre at UCL, due to take place at UCL on 7th December. It is hoped that this meeting will be the start of a string of live meetings in which UCL can interact with Japan, China, India and Europe. 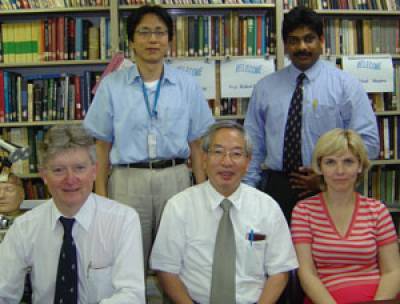 Tissue engineering encompasses a broad range of specialities, from computer modelling to cell biology. The specialities are united in the aim of learning to understand and engineer body tissues so that these tissues can be used to rebuild injury sites and treat illness. However, because tissue engineering is such a broad discipline, it is very hard for tissue engineers to keep abreast of the vital work carried out in specialities other than their own, said Professor Brown: "We developed BRITE Net so that people across tissue engineering in the UK could get together and network. Our formula has been to target postdoctoral tissue engineers who are in need of contacts, to operate regionally and to keep running costs low. It has proved very effective."

Mrs Brown, who is the administrator of BRITE Net, explained that UCL's reputation was partly to thank for the warm reception they enjoyed in Japan. "The university has many strong links with Japan for instance, the Japanese prime minister, Junichiro Koizumi, studied at UCL. Our Japanese counterparts in tissue engineering were delighted to hear about these links."

The three are optimistic that they will meet with the same success in China and India as well. Dr Mudera said: "At present, the USA dominates in tissue engineering, but with international networking, we can pool learning and resources across different countries and build our own strengths. As a result of our Japan visit, the University of Tokyo is considering an exchange visit with UCL tissue engineers, whereas previously their students only studied at American universities. In the long term, BRITE Net could be expanded into a global network of tissue engineers, organised from within our centre at UCL."

To find out more about BRITE Net, use the link below.