Bulletproof vests made out of custard and high velocity canons powered by water are just two of the inventions to come out of a competition to encourage schoolchildren to take an interest in science. 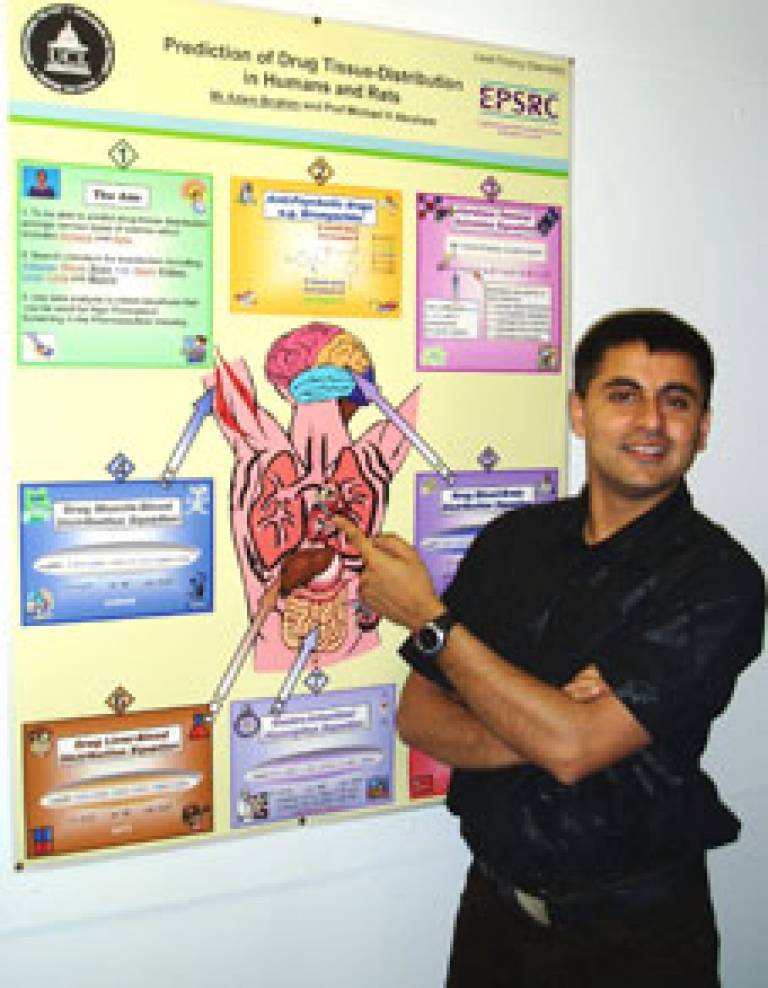 The innovative creations were presented at the Express Yourself conference as part of the Pupil Researcher Initiative (PRI) scheme.

UCL PhD student Adam Ibrahim (Chemistry) has been involved with PRI since 2002 and was a facilitator at the Express Yourself conference. He explained: "Science isn't just about people wearing white lab coats, it can be fun too. The Pupil Researcher Initiative aims to make school science more inspiring by sending researchers like me into the classroom. My supervisor Professor Michael Abraham (Chemistry) has been very supportive of the scheme which helps to encourage students who otherwise wouldn't consider science at university."

Adam has been working with schoolchildren from the Altwood Church of England School in Maidenhead for the past two years. During this time, he has devised a number of schemes that have captured the pupils' imagination. He believes his emphasis on the practical applications of science has had a positive effect on the students: "By getting the students' hands dirty in experiments such as making aspirin, they are able to get an insight into what scientists do in the real world and some are now seriously considering a career in science."

In addition to visiting children in their classroom, Adam has invited a number of students to the Department of Chemistry. During these one-to-one visits the students are able to assist Adam in the laboratory as well as being given a tour of the university. Adam finds working with schoolchildren a rewarding experience, and he has seen it inspire many young students to take science further: "Assisting me in the lab for one day helped one student decide to take up science at university and he has since gone on to Oxford after getting five A grades at A level."

Adam's commitment to promoting secondary school science education has been recognised by the Royal Institution. In October 2003, he was presented with the Science Communicator's Award from UK Research Councils, Collins Educational Publishers and the directors of PRI for his outstanding contribution to science communications.