Professor Geoffrey Burnstock of UCL's Department of Anatomy &amp; Developmental Biology has been named the world's most highly cited scientist in pharmacology and toxicology over the last 10 years. 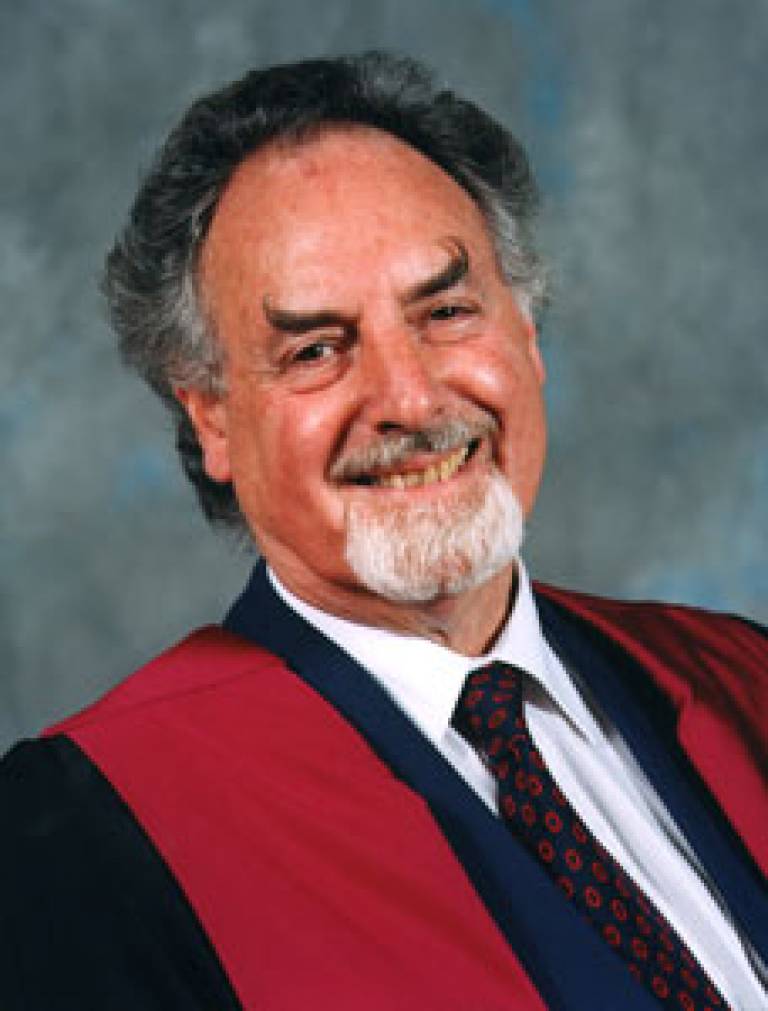 The number of citations that a scientist receives in academic papers is widely considered to be a measure of their importance and influence, so the citation report, compiled by ISI Essential Science Indicators (Philadelphia), shows the professor to be at the forefront of his discipline.

A former head of the department, Professor Burnstock is a man of humble beginnings who comes from a family of professional boxers. He knew by his teens that he had more of a taste for academic study than for the boxing ring, but he struggled to gain entrance to university because of his modest background. Initially he could only obtain a place to study theology, although he has always been an atheist. He then carved his way towards his current research area by studying maths and physics, then zoology, followed by pharmacology.

Professor Burnstock's research has focused on the autonomic nervous system, especially on the role of the neurotransmitter ATP. A simple molecule present in all cells, scientists once thought that the only function of ATP was to generate cellular energy. However, during the 1970s, he discovered that ATP had another role, as an extracellular messenger. His findings were initially considered controversial, but these days his work has found an accepted place in physiology. His work has had an impact on many scientific disciplines - including in the field of pharmacology, in which he has received so many citations.

Although his initial interest in ATP was firmly in the realm of basic science, in recent years Professor Burnstock has worked with medical researchers and industry to help ensure that his discovery can be developed to medical treatment. When he first suggested that ATP was a neurotransmitter, the idea was met with scepticism, largely because ATP is so ubiquitous in body systems that people found it difficult to accept that it had a neurotransmitter function. But now, the very prevalence of ATP as an extracellular signalling molecule is what makes this discovery so exciting for biomedical research, because it affects most body systems. For example, the ATP-related drugs have potential for pain management, bladder incontinence, cystic fibrosis, dry eye, thrombosis, osteoporosis and cancer and may also be important for the treatment of some cardiovascular diseases.

It is the unique environment of UCL that has allowed him to take a fluent, cross-disciplinary approach to science, said Professor Burnstock: "What I've always loved about UCL is that the university backs oddballs like me, and allows us to question the information sent down from on high. There are so many interesting people around in many different disciplines."

UCL has an excellent record for attracting world-class academics such as Professor Burnstock. In 2003, Professor Mike Batty, Director of UCL's Centre for Advanced Spatial Analysis (CASA) analysed ISI data in order to rank institutions by the number of highly cited scientists in 12 fields. UCL tied for eighth place worldwide and was the only UK university in the top ten.

To find out more about Professor Burnstock and his work at the Autonomic Neuroscience Institute, or for information on CASA use the links below.