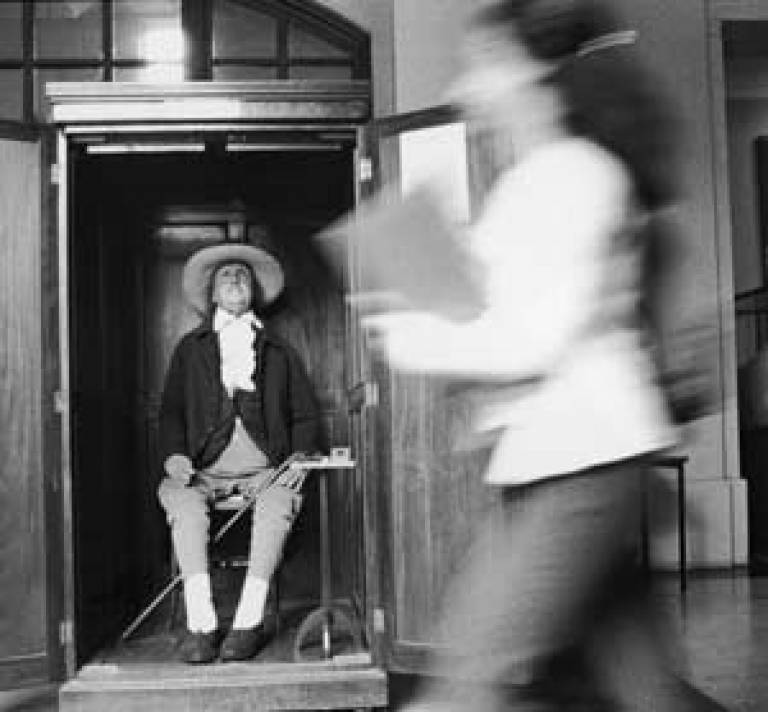 The acquisition, which was made possible through the generous assistance of the Friends of the National Libraries and the Resource/V&A Purchase Grant Fund, has been hailed as the most important collection of Bentham's correspondence to come to light in at least 20 years. Stanhope was one of his closest friends towards the end of his life, and the letters show Bentham at his most relaxed and open.

Experts from UCL's Bentham Project have examined and authenticated the letters - which date from 1823 to1831 - and have concluded that almost all of the material was previously unknown to them. Some material was known of but had been declared missing.

Although some of the material deals with trivial matters such as dinner arrangements, many letters are of national and international significance. A military man, Stanhope became a dedicated follower and advocate of Bentham's doctrines.

Ms Gill Furlong, Head of UCL Library Special Collections, said: "Stanhope was personally involved with the Greek War of Independence, and saw his primary task as publicising Bentham's utilitarian ideas in Greece. He was responsible for presenting Bentham's 'Constitutional Code' to the Greek National Assembly, and for establishing Greek newspapers which carried the Benthamite message."

She continued: "This correspondence is a major discovery in Bentham scholarship and throws much light on the wide-ranging activities and preoccupations of his later years." It is proposed to publish the letters in the upcoming 12th edition of Bentham's 'Correspondence' currently being prepared by UCL's Bentham Project.

Bentham was the foremost philosopher, jurist and political economist of his day, and his ideas greatly influenced 19th century reforms of public administration. UCL's Library Special Collections already holds 60,000 of his manuscripts and Bentham's 'Auto-Icon' resides in UCL's South Cloisters.

To find out more about Bentham, the project or the special collections, use the links below.