Poet Constantine Cavafy (1863-1933) was the focus of a one-day conference organised by the UCL Mellon Program. 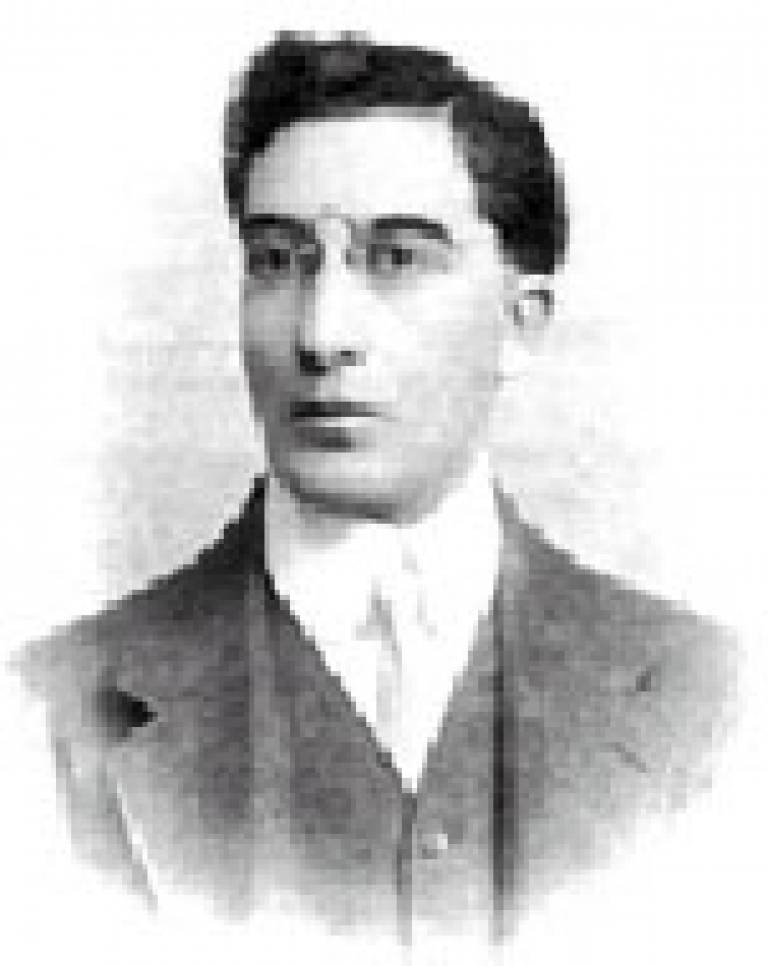 Cavafy was a multidimensional poet and a major influence on many high-calibre writers, including this year's Nobel Laureate J M Coetzee, who borrowed the title of a Cavafy poem for his novel Waiting for the Barbarians. Cavafy is one of the most celebrated writers in the modern Greek canon; his poems have fascinated readers throughout the 20th century and have been translated into numerous languages.

With this event the Mellon/ UCL Program aimed to present the wealth of approaches that Cavafy's work attracts. Academics working in the fields of modern Greek, comparative literature, and gender and cultural sudies, discussed the writings (and rewritings) of the poet famously described by E M Forster as "a Greek gentleman in a straw hat, standing absolutely motionless at a slight angle to the universe". Highlights of the conference included a screening of Constantine Giannaris's 1989 award-winning black-and-white documentary on the life of the poet, Trojans, followed by a discussion with the director.

This is the first time an academic event on modern Greek literature was hosted at UCL and it was generously supported by the Hellenic Foundation for Culture, UK, the Alexander S Onassis Foundation, The Dean's Fund (UCL) and EasyJet.