The British Academy supported Iraq Publishing Workshops (IPW) was designed to strengthen the capacity of Iraqi academics to publish in internationally recognised social sciences and humanities journals. Specifically, the Iraqi Publishing Workshops aim to improve publishing standards, facilitate learning between Iraqi colleagues and introduce new interdisciplinary research methodologies. They are designed to address the problem of low publication figures among Iraqi academics, lack of sufficient exposure to interdisciplinary methodologies and the widening gap and the emerging friction between the small number of Iraqi academics who have been educated outside Iraq and those who have not.

The IPW project was the first initiative to deliver writing and publishing support to Iraqi academics in the field of social sciences and humanities since 2003. Three workshops were delivered that supported a total of eighty academics in Iraq.

The project was an important intervention at a time of immense change in Iraq. The workshops facilitated an opportunity for Iraqi academics to engage with their counterparts in the UK. Due to the precarious security situation in Iraq, Iraqi academics have been cut off from the academic world, leaving academics struggling to engage in international knowledge and intellectual networks and debates.

In the specific context of Iraq, the workshops provided a much-needed resource – offering an important connection with expert academics and editors – to engage and participate in good practices in publishing as well as in research. The process of writing, which these workshops covered in large part, was thus not just about the mechanics of publishing only, but importantly about the ways in which research is produced. The workshops helped provide this requirement that saw a focus on research practices and techniques, as well as publishing.

The project curriculum was designed by Co-Principal Investigator, Dr Sara Felix (London School of Economics) and Dr Ariane Smart (University College London).  The curriculum was used as the foundational framework for all three workshops, though additional changes and modifications were made by other team members.

The Iraqi academics in the social sciences and the humanities that attended the Publishing workshops shared their work on current projects, and they were indeed academically creative work that had the potential to tell the stories of these fields (and their interdisciplinary links) in ways that currently do not exist in the literature.  Therefore, in designing and delivering the workshop, the focus was always on 1) respecting the intellectual agency and academic voices of our Iraqi colleagues, 2) sharing  cultural knowledge around writing traditions that shape international academic publishing, and 3) working together, collectively, to see how they could adapt to these traditions while ensuring that they remained true to their voices, arguments, and insights.  This also required a constant reflexivity about what assumptions the UK based team brought into the workshop room, and an ability to learn about their contextual and institutional factors that shaped both the research they conducted and how that could be grappled with while attempting write that research up in way that would grant them access to international journals.

The workshops were organised in partnership with Iraqi universities, as per below:

The workshops invited UK based experts in pedagogical learning practices, critical insights and publishing to deliver sessions that could be beneficial in strengthening Iraqi academics’ capacity to prepare research for international level publishing.

As of early 2021, a new programme is currently being drafted to develop a sustainable plan for the delivery of the Iraq Publishing Workshops to a greater number of beneficiaries. 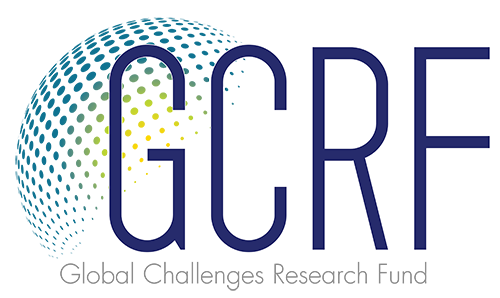