We are active in a number of areas of Space Plasmas Research, driven by our current and future participation in international space science missions for which we have, or will provide instrument hardware.  These include interests in the solar wind, and the terrestrial and planetary magnetospheres. 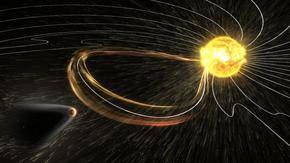 The solar wind is a continuous supersonic outflow of plasma from the Sun that fills the space between the planets. The solar wind is turbulent, and collisions between solar-wind particles are very rare. This leads to many effects that are counter-intuitive to our everyday experience with neutral gases like the air. Although we know that the solar wind is launched in the solar corona, the acceleration mechanisms, the heating of the solar wind, the role of non-equilibrium physics, as well as the effects of waves and turbulence are still areas of very active research.

Members of the Space Plasma Physics group at MSSL work on answering these questions using spacecraft measurements of the particles and the electromagnetic fields in the solar wind as well as plasma theory and simulations. We want to understand the origin of the solar wind, its propagation through interplanetary space, and its interaction with celestial bodies.

We are the principal investigator institute for the Solar Wind Analyser (SWA) instrument suite on board the upcoming Solar Orbiter mission. This mission will launch in 2020 and investigate the connection between the Sun and the solar wind in great detail. In addition to leading the SWA consortium, we built the Electron Analyser System (EAS) for SWA at MSSL. We also use data from past and present space missions such as Helios, Cluster, Wind, and MMS to study the solar wind.

We work in close collaboration with the UCL/MSSL Solar Physics group in order to better our understanding between phenomena on the Sun and their propagation into the solar system. 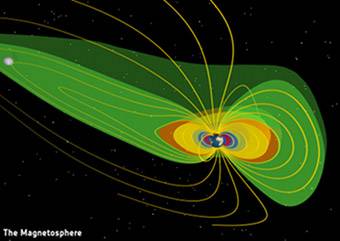 Earth's magnetosphere describes the region around our planet controlled by the global magnetic field. This region, populated by plasma from both the lower atmosphere and the solar wind, is a highly complex and variable system. The magnetosphere responds strongly to external driving from the solar wind and internal dynamics. How dynamic processes, such as storms and substorms, are driven and the response of the system to these processes are current open questions for the field.

Through use of spacecraft and ground based observations, we are exploring the features of the magnetosphere and the key processes that occur. In particular, we study the source and loss processes of the radiation belt population during geomagnetic storms, the triggering of the substorm process and the substorm energy budget.

The principal tool we use for magnetospheric research is data from the ESA 4-spacecraft Cluster mission and China/ESA 2-spacecraft Double Star mission. UCL/MSSL is the Principal Investigator Institute for the Electron Spectrometer instrument (PEACE) flown on all 6 of these spacecraft.  We also use data from the GOES, THEMIS, and the Van Allen Probes, and from a range of ground based instruments (e.g. the CARISMA magnetometer array). 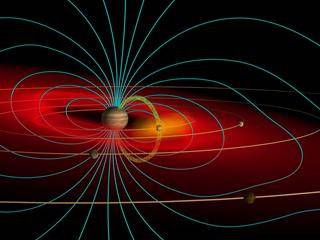 Often in close collaboration with members of the UCL/MSSL Planetary Group, members of the Space Plasmas Group regularly participate in studies of the plasma environments (magnetospheres, ionospheres, plasma wakes, etc.) of other solar system bodies.

Our expertise in studying the plasma environment around the Earth and the abundance of data available allow us to study the similarities and differences between the different planetary systems throughout the solar system. Through these comparisons, we can further our understanding of the fundamental physics of plasmas.