The Cluster concept is to fly four well instrumented space plasma research spacecraft in formation, which will typically be tetrahedral for as long as orbital mechanics permit. Such a formation is uniquely able to provide insights into the three dimensional structure of the space plasma environment on the scale of the spacecraft separation. The spacecraft separation scale will be varied at six monthly intervals throughout the mission, as orbital precession brings the spacecraft through a variety of different areas of Geospace. Although earlier missions have flown two spacecraft together, no previous attempt has been made to use four spacecraft in this way. Challenges include controlling the flotilla of spacecraft and developing instrumentation which makes measurements of sufficient relative accuracy that data from different spacecraft can be reliably compared. 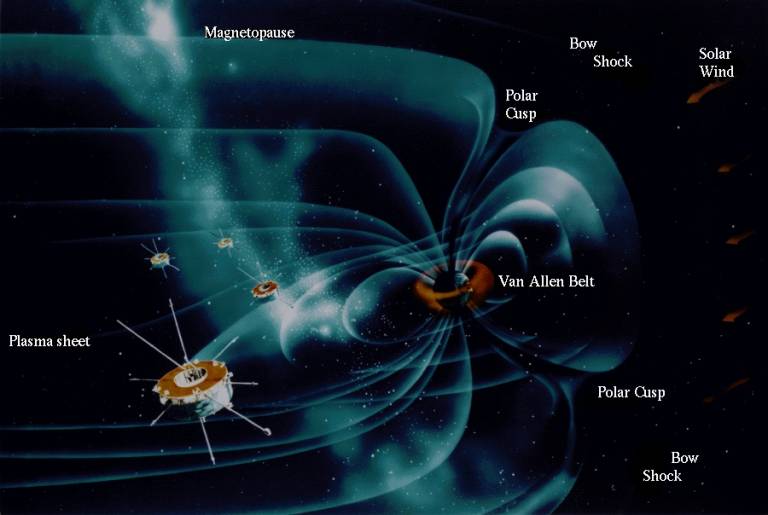 Figure shows an artist's impression of the Cluster spacecraft in the magnetosphere. Regions of particular interest to Cluster scientists are shown.