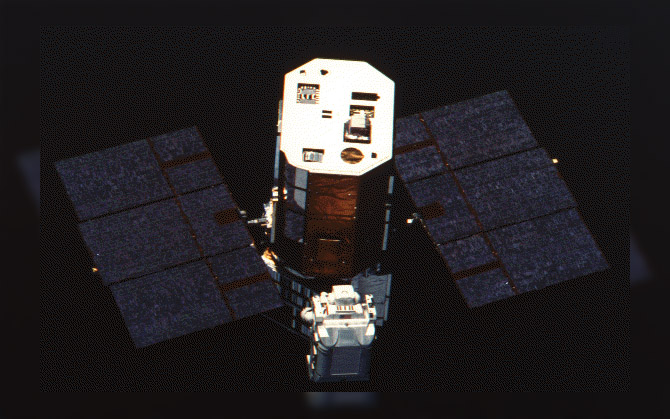 The Solar Maximum Mission satellite (or SolarMax) was designed to investigate Solar phenomena, particularly solar flares. It was launched on February 14, 1980. The SMM was the first satellite based on the Multimission Modular Spacecraft bus manufactured by Fairchild Industries, a platform which was later used for Landsats 4 and 5 as well as the Upper Atmosphere Research Satellite.

After an attitude control failure in Nov 1980 it was put in standby mode until April 1984 when it was repaired by a Shuttle mission.

The Solar Maximum Mission ended on December 2, 1989, when the spacecraft re-entered the atmosphere and burned up over the Indian Ocean