ESA's multi-spacecraft mission to study the magnetosphere - A. Johnstone, PI of PEACE - (1996 - crashed) 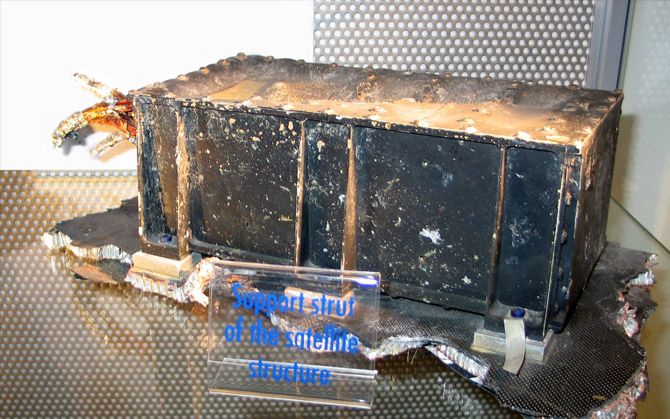 Cluster was a constellation of four European Space Agency spacecraft which were launched on the maiden flight of the Ariane 5 rocket, Flight 501, and subsequently lost when that rocket failed to achieve orbit. The launch, which took place on Tuesday, 4 June 1996, ended in failure due to multiple errors in the software design: Dead code (running, but purposeful so only for Ariane 4) with inadequate protection against integer overflow led to an exception handled inappropriately—halting the whole inertial navigation system that otherwise would have been unaffected. This resulted in the rocket veering off its flight path 37 seconds after launch, beginning to disintegrate under high aerodynamic forces, and finally self-destructing by its automated flight termination system. The failure has become known as one of the most infamous and expensive software bugs in history. The failure resulted in a loss of more than US$370 million.