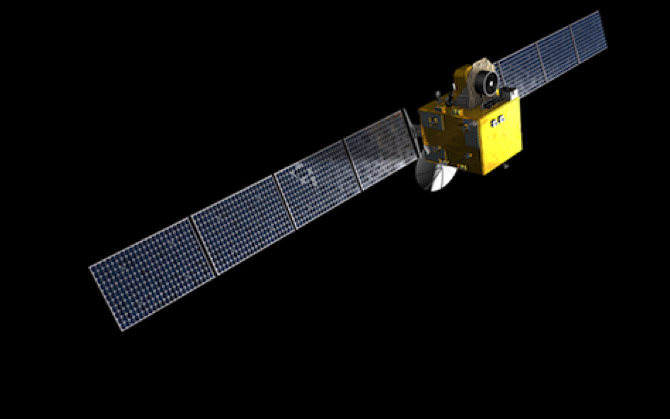 The CASTAway mission will be propsed for ESA's M-class mission call. It is a small telescope that will study the asteroid belt between Mars and Jupiter. Being relatively close to the asteroids, it will be able to reveal details about their composition and therefore provide insight into how our solar system formed.

CASTAway is a proposed mission for ESA's next M-class call. It is a simple spacecraft that is designed to answer many key questions about the asteroid belt between Mars and Jupiter, and therefore help us understand how our solar system formed.

The CASTAway mission will launch a small space telescope into an orbit that loops through the asteroid belt. It will study thousands of asteroids in its telescopic survey mode, where the fact that it is relatively near to the asteroids, and in space with no atmosphere to look through, will mean it can reveal details about the composition of asteroids that are impossible even with the largest telescopes on Earth. In addition to this survey, the spacecraft will have close encounters with at least 10 asteroids, doubling the sample of visited bodies, and returning detailed images of their surfaces and resolved spectroscopy to reveal their composition. Finally, CASTAway will help understand the population of the smallest asteroids, the parents of most meteorites, by discovering mini-asteroids with diameters in the 1-10m range. These will be found by star-tracker-like cameras that will detect serendipitous close approaches.