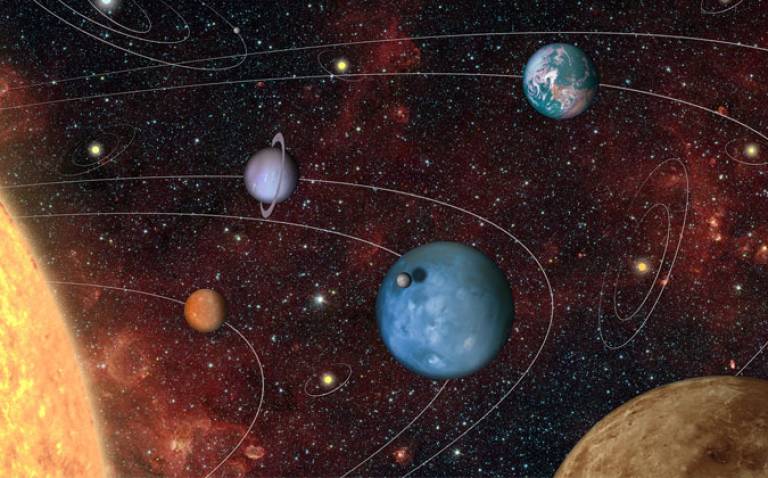 We are excited to announce that the PLATO exoplanet mission has been
formally adopted by the European Space Agency as their 3rd Medium Class mission at a meeting of its Science Planning Committee on the 19th June 2017. The PLATO mission is due for launch in 2026 and will operate for a minimum of four years during which it will observer planetary transits and stellar oscillations. By this means it will characterised a very large number of planetary systems and, together with ground-based follow-up observations, will determine the radius of the planets and the mass and age of the central star. The spacecraft will comprise 24 'Normal' cameras and two 'Fast' cameras with the sensors being supplied from the UK by Teledyne in Chemlsford. MSSL has the responsibility for the development and production of the front-end electronics for the 'Normal' cameras and the final characterization of the optical sensors. The project is funded within the UK by the UK Space Agency.

'PLATO will make a giant leap in our understanding of planetary systems, particularly systems similar to our own that may contain habitable planets' - Professor Alan Smith, Director MSSL and member of PLATO Council.