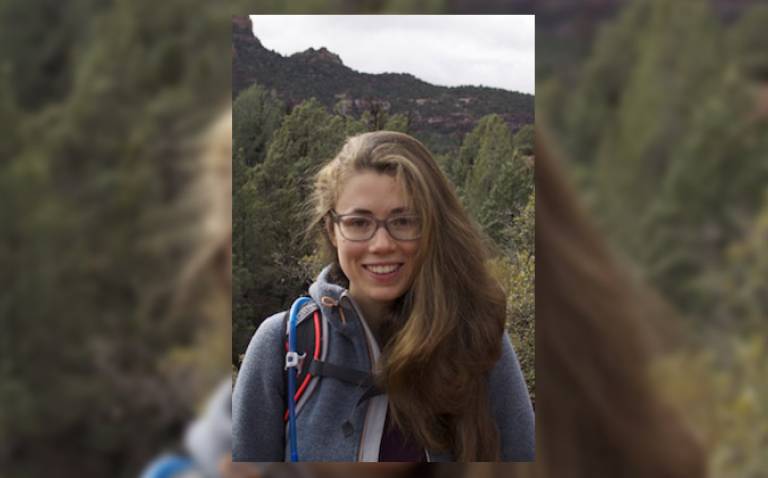 Joint MSSL and ESA PhD student Georgina Graham was awarded the Outstanding Student Poster Award at the Solar Heliospheric and INterplanetary Environment (SHINE) 2017 Workshop in Saint-Sauveur, Quebec, Canada. SHINE is a very strongly discussion driven conference  with a unique style that sets it apart from many other annual conferences. SHINE workshops are driven by community interest and controversy, with the aim of engaging both established members of the field and students in conversations about current issues with data, theories and models.

Georgina was invited to the attend the workshop session on “Disentangling Expansion Effects and Collisional Relaxation in the Solar Wind”  to discuss her previous work (published in the Journal of Geophysical Research, http://onlinelibrary.wiley.com/doi/10.1002/2016JA023656/full) and future plans for examining the radial evolution of solar wind electron beams called “strahl”.

Georgina Graham was presented a SHINE Outstanding Student Poster Award for her research poster entitled, "Evolution of Solar Wind Strahl: Observations from Cassini's Interplanetary Voyage” in which she examined the radial evolution of strahl beam width over the largest heliospheric radial range to date using observations from the Cassini Spacecraft Electron Spectrometer, for which MSSL is a lead co-investigator. Her results show that the energy dependence of the rate of change of the width of the strahl beam has previously been highly underestimated, calling into question current thinking on the physical mechanisms behind this process.