Selection of JUICE mission to Jupiter and Ganymede by ESA 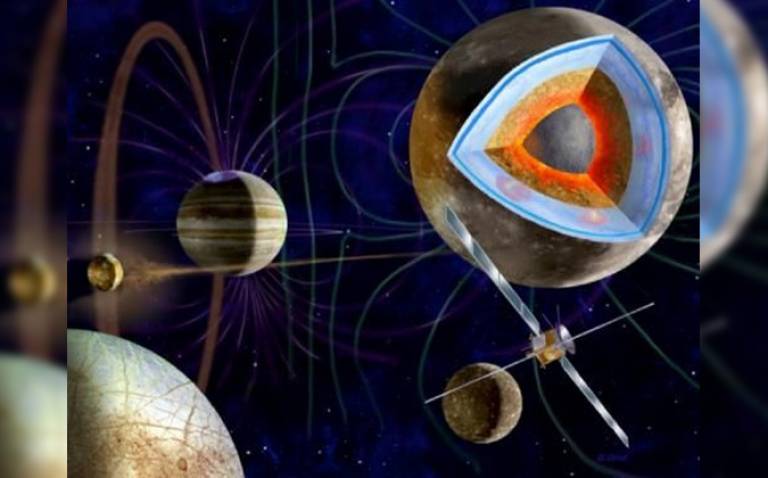 Since 2007 scientists across Europe and beyond have been studying missions that have been in competition for the European Space Agency's (ESA) next "large-class" mission to be launched around 2022. On 2 May 2012 the ESA Space Program Committee selected JUICE from a set of three competing mission concepts which had been rigorously studied and investigated for more than five years.

JUICE will launch in 2022 and will arrive in the jovian system in 2030, finally entering orbit around Ganymede, the largest moon in the solar system, in 2032. The moons Europa, Callisto and Ganymede are thought to host internal oceans underneath an icy crust and the mission will study these moons as potential habitats for life. JUICE will also continuously observe Jupiter's atmosphere and magnetosphere, and how the moons interact with Jupiter itself.