29 May 1967 – First launch of MSSL hardware on ESRO-IIA, launch failure

The first administrator at MSSL was Eric Dorling who wrote a comprehensive, albeit personal history of MSSL in his Reminisences.

The Mullard Space Science Laboratory was formally opened by F.E. Jones, Managing Director of Mullard Ltd on the 3rd May 1967. It had been operational since 1966 and the site was acquired in 1965.

At that time MSSL was part of the Physics and Astronomy department.

After dinner speech by F.E. Jones

After dinner speech by F.E. Jones

List of space missions in preparation at the time of launch

List of space missions in preparation at the time of launch

John Raymont part of the original small band of experimeters that moved to MSSL from UCL's main site. As a technician and test engineer he was invaluable to many projects, particularly in the field of space plasma physics. In honour of his contribution MSSL's annual award for Outstanding Commitment to its Technology Programme is named in his honour. (19 October 1922 – 5 February 2004) was a pioneer of British space science and founding director of the Mullard Space Science Laboratory (part of University College London).

Robert Boyd was born in Saltcoats, Ayrshire - one of twin boys. He was a pupil at Whitgift School and studied at Imperial College (BSc(Eng) 1943) and University College London (PhD 1949; Fellow 1988).

His scientific career started at the Admiralty Mining Establishment in 1943 where he worked with some notable scientists, including Harrie Massey who would later encourage Boyd to engage in atmospheric physicsresearch at UCL. His thesis was on New Techniques for the Study of Ionised Gases.

Boyd was a committed Christian and he saw no conflict but subtle complementarity between science and religion. His 1950s and 1960s writings and lectures on this relationship helped Christians to be more influential in science, through the Research Scientists' Christian Fellowship. 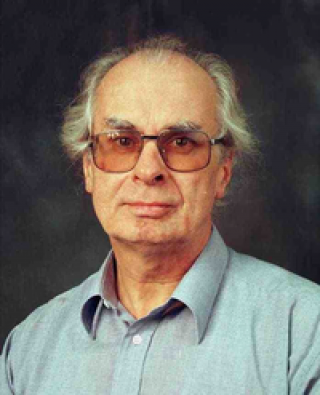 Need to find someone?
Search our staff profiles.