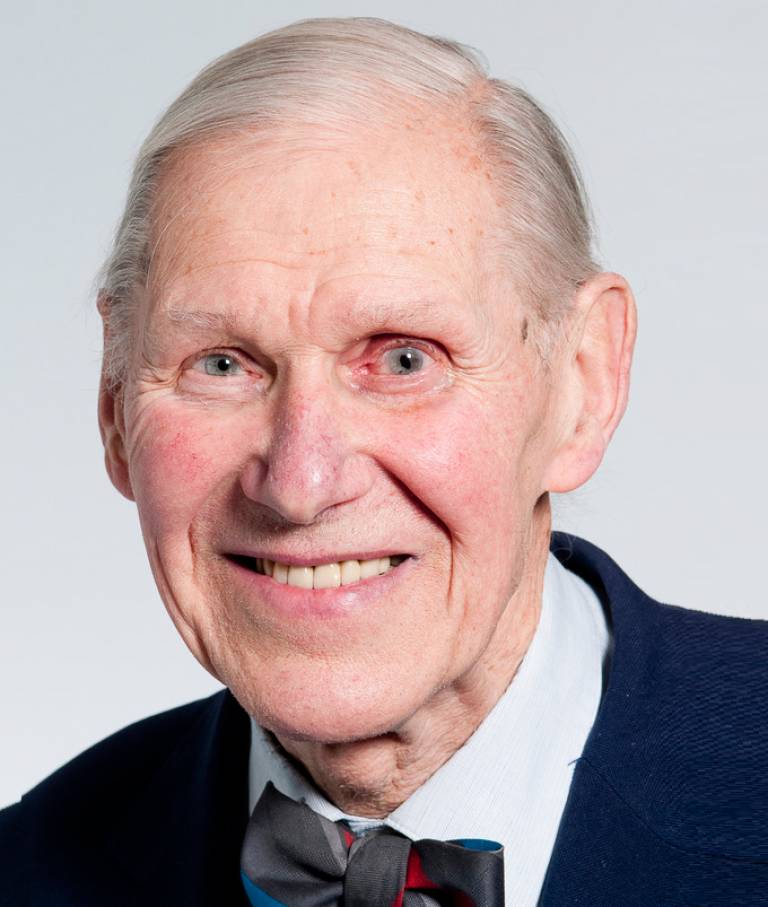 It is with great fondness that UCL’s Faculty of Medical Sciences remembers the enormous contributions made by Professor Raymond (or ‘Jerry’ to friends and colleagues) to the evolution of surgery and surgical teaching. Jerry Kirk, who died in December 2019, was a beloved husband, and loving father and grandfather.  Professor Kirk was also a precision surgeon with exceptionally high standards who was driven to improve operative textbooks and specifically tackle the hazards and difficulties of surgical procedures.

His contributions to surgical excellence were recognised by UCL in November 2013. Professor Jerry Kirk’s outstanding service to surgical teaching, both within the Division of Surgery, UCL and the NHS, was celebrated with the unveiling of a newly refurbished seminar room on the 9th floor at Royal Free named after him.

During his long career, Jerry Kirk was known in part for his practical ‘how-to’ books for trainee surgeons, beginning with A Manual of Abdominal Operations, which was published in 1967. His bestselling Basic Surgical Techniques followed in 1973 and General Surgical Operations in 1978.  Tireless and dedicated, Kirk wrote and edited texts into his 90s.  Indeed, it was said that in his retirement years he remained a hard worker and was still often to be seen at his computer.

Professor Mark Emberton, Dean - Faculty of Medical Sciences, UCL commented, “For generations of trainee surgeons, having copies of Jerry Kirk’s ‘Basic Surgical Techniques’ or ‘General Surgical Operations’ were considered essentials.  He has given so much to surgical education and will always be remembered as an inspirational as well as supportive mentor. Those who have followed in his footsteps are grateful for his lifelong contribution to surgery and surgical teaching at the Royal Free and UCL Hospitals where he worked until his retirement in 2013.”