Get to know some of our early-career researchers; learn about their achievements and find out what inspired them to pursue their career 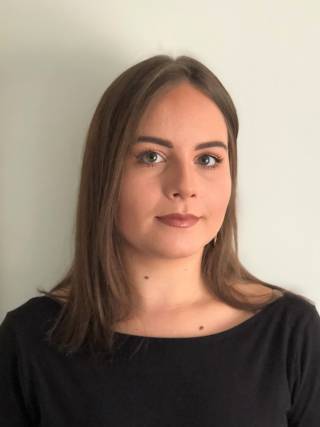 I am technically a staff member as a research assistant but am also doing my PhD. I am currently in my last year of my PhD and hope to complete soon! To be honest, most of my days are very different from the other. Some are full day experiments – leaving home at 6am and returning at 23.30pm. Other days, I work on a computer all day, segmenting nerves, emailing, writing, etc. And other days, I run around the UCL and Royal Veterinary College (RVC) campuses between histology labs, CT labs, wet labs, and offices. Then, throw in numerous meetings, trips to Cambridge for nerves, LA for experiments, and around the world for conferences for good measure!

Recently, I won first place for an Emerging Scientist Award from the NIH SPARC programme at the Experimental Biology Conference in Philadelphia in April. It was an honour to win this award for my most recent work and to be recognised by our current funders. I was also grateful for the opportunity to share my work to more people (part of the award was giving a presentation on the work for which the award was won) despite my unreasonable nerves I get before presenting!

During my undergrad in South Africa, I was mainly interested in Genetics, Biotechnology and Biochemistry. But, when I was completing my postgraduate Honours degree (equivalent to UK Masters Degree) in Human Genetics, my project focused on pharmacogenetics and pharmacogenomics of schizophrenia and of both the influence of the variants of a gene (MMP9) and the epigenetic influence of childhood trauma on treatment outcomes; therefore, there was a focus on neuropsychiatry. During this, I realized the extent of the ‘unknowns’ in neuroscience and this motivated me to pursue a field focusing in neuroscience and neurophysiology. What more could a scientist want than to contribute knowledge to the previously unknown?!

I, personally, have not had negative experiences but I think being taken seriously or being heard are often issues for women in science i.e. having to say something a few times until it is believed or even regarded. We just have to keep pushing forward, encouraging other women to work in science, and do what we can to represent good work by female scientists.

Worry less, take in all the opportunities around you and shine your bright light wherever you go!

Professor Louise Warnich from Stellenbosch University. She was my lead supervisor during my Honours degree. Prof Warnich is not only the Dean of Science at the university but was also promoted to Professor as the youngest woman to do so in the country. Her professionalism, intelligence and patience would keep us postgraduate students shaking in our boots when in her office for update meetings. She showed us what the meaning of a powerful woman in science is.

Album: Staying at Tamara’s by George Ezra. I am all about the relaxing, chilled music that can set your mood for the day.

Film: The Blind Side. I am not particularly a fan of American football, but I am definitely a sucker for a feel good movie (and Sandra Bullock)! It somehow doesn’t preach ‘charity’ as similar movies do, but rather the importance of hard work, diligence, family and most of all, kindness. Also, Coyote Ugly – I’ve loved this since I was a kid! Picking it out from the movie store every Friday night much to my family’s dismay: “not again!!”.

Novel: Prey by Michael Chrichton. This book is quite different to those I normally read – it’s a science fiction novel with a focus on technology and genetic engineering. The way he writes it feels like you are within the set of its movie. I generally love a good thriller or suspense novel though!

The day before I was due to go to ‘res’ (university residence) for orientation week to begin first year, I was 50/50 on my decision to go to university and study science or move across the world to Australia to pursue dance as a career. I had been given special auditions for a number of ballet and contemporary companies there, with an ‘in’ at one already; but, was also accepted to multiple universities in my home country of South Africa. The decision was tough, but I don’t regret it. I do wish, however, that I had kept up my dancing throughout the years despite not doing it as a career; feels like I break my back if I try an ‘arabesque’ now! 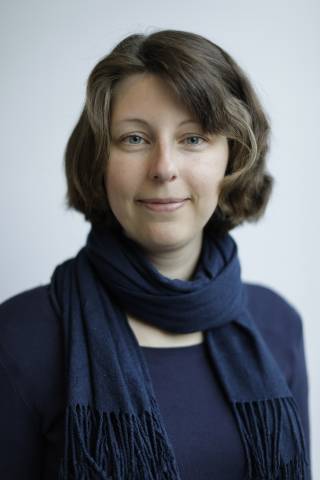 I am a postdoctoral research fellow. I develop and optimise MRI susceptibility and conductivity mapping techniques for clinical studies focusing on e.g. Alzheimer’s disease, Multiple Sclerosis, COVID-19. I spend most of my days at my desk reading papers, coding, and looking at MR images.

Mainly the ones that required learning new skills on the fly. Just recently, I implemented an image reconstruction method for Siemens MRI scanners. I knew the method well but I wasn’t fully comfortable coding in C++, especially in the Siemens framework, and I only had occasional meetings with our MR collaboration scientist from Siemens. It really felt like an insurmountable task that I was severely underskilled for, but I managed to accomplish it.

I specialised to medical physics for my Master’s degree and I thought MRI was the coolest imaging modality.

I don’t think I have faced a lot of challenges during my career because I am a woman. Based on what I have seen at work and what I have heard from my friends, the biggest challenge seems to be balancing work and childcare responsibilities.

I would tell my younger self to never worry about building a career, that learning new things can be very exciting and rewarding, and that, with some practice, even she can get better at academic writing.

I find this question very hard to answer. There are a lot of female scientists and engineers I admire for achieving amazing things. Personally, I don’t want to achieve anything; I just want to enjoy working on interesting problems.

I don’t have any favourites, but I really like (good) mystery stories and retro sci-fi. As for music, I listen to whatever I like at the time from classical music to disco to electro swing to video game music.

I watch anime. But since this is not that surprising nowadays, I would like to add that I like battle shounen anime which, I am given to understand, is surprising for a woman. Just to further destroy some stereotypes, my husband likes slice-of-life romance anime. 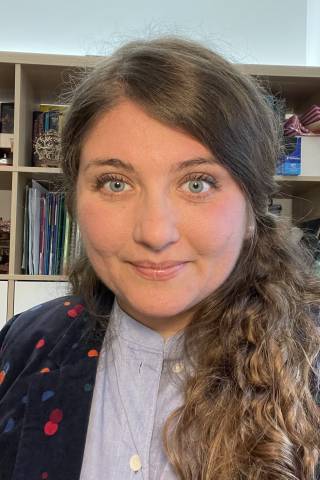 I am a post-doctoral research fellow in the Advanced X-ray Imaging group, working on the development of an x-ray microscope for soft tissue imaging. I spend a significant part of my time in the lab, setting up and running experiments – a grown-up playground! I also take on a good amount of coding and data analysis, as well as reading and writing articles.  I have been lucky enough in the past year to travel to a few conferences and conducting experiments at synchrotrons.

In my previous job at the University of Lincoln, I showcased my work at the Royal Society Summer Science Exhibition. I loved contributing to the design of the exhibit, talking to people about what I was doing at the time, and share with them my enthusiasm for science. On that occasion, I designed a colouring book for children on the fundamentals of atomic structure. Children loved it and the feedback from schools was great, which made me very proud.

Since my teenage years I was deeply in love with philosophy and, just before starting my undergraduate studies in this subject, I asked myself why not try to answer the same questions with different and more quantitative tools. And that’s how I decided to go into physics. Since then, I have loved the excitement of asking questions and designing experiments and instrumentation to find the answers.

Even though our department has achieved an excellent gender balance, I am aware that this is not the case everywhere. The underrepresentation of women in science inevitably reinforces biases, hindering career expectancy for women at any stage of their path, whether it is applying for an undergraduate degree or for a senior academic position.

Believe in yourself: you can do amazing things. Choose a good mentor to help you get where you want to be.

As a student in a then male-dominated field, there were only a few female physicists mentioned in my textbooks, such as Marie Skłodowska–Curie or Madame Wu, so few that they were the exception. I hope that today aspiring young scientists and engineers can benefit from the example of many more female role models around them.

I always find incredibly difficult to pick up all-time favourites, but let’s give it a try.  I listen almost daily to “Kind of Blue” by Miles Davis and, if you have seen me air-drumming when walking past my office, that’s probably what I was listening to. Nanni Moretti and Pedro Almodóvar are my top two favourite directors. I tend to read novels which have strong female characters and are set between the second half of the 19th and the first half of the 20th century. The last one I read is “Dictionary of Lost Words” by Pip Williams and I truly enjoyed it.

I used to play cello and Bach's cello suite no. 3 was my favourite piece to play, going back to the subject of favourites.