How to make tissue-equivalent phantoms

For more than ten years BORL has explored various methods of creating solid phantoms with optical properties matched to those of human tissues over a range of near-infrared wavelengths. Although a number of specific recipes have been published [1,2], the method employed at UCL continues to evolve as new materials are investigated.

Light scattering in biological tissue results from the interaction of light with the complex microscopic cellular structure, and can be interpreted in terms of scatterers with a broad size distribution. The high forward peak of the phase function is probably related to scattering by cells themselves, or by the nuclei, and the usually observed enhancement in the backward scattering is probably due to Rayleigh scattering by the inner organelles. Nevertheless, a common approach to modelling scattering in tissues has been to employ Mie theory, which treats scatterers as isolated spheres with given size and refractive index relative to the surrounding medium.

If a phantom is required with a specific scattering phase function (or even just a specific mean cosine of scatter, g), then it is essential to carefully select appropriate scattering particles (or combinations of particles) such as microspheres [2]. However, for the majority of our imaging and spectroscopic applications, source-detector separations are large enough so that detected light is effectively diffuse. As a consequence it is sufficient to ignore the scattering phase function of tissues, and the scattering properties can be characterised in terms of the transport scattering coefficient µs´  = µs (1 - g). This coefficient represents the effective number of "isotropic" scatters per unit length, and is a fundamental parameter in diffusion theory.

The recipe presented below enables solid phantoms to be produced which match both the absorption and transport scattering coefficients at a given near-infrared wavelength. The refractive index of the final phantom is approximately 1.56 at 800 nm, and the mean cosine of scatter is approximately 0.5 at the same wavelength [1].

1. The first step is to prepare a concentrated dye solution with calibrated absorbing properties. We purchased the Pro jet 900NP in powdered form, which was then mixed thoroughly in a sample of epoxy resin (MY753), using an ultrasonic bath to agitate the solution. This process is described in detail in Firbank et al [2]. The absorption spectrum of the resulting concentrate solution can then be measured using a spectrometer.

2. We estimate that 1g of the Superwhite polyester pigment mixed in 1 kg of resin (750g MY753 + 250g XD716) provides a transport scattering coefficient of about 0.8 mm-1. However, we estimate that the variation between different pots of pigment could be as high as 40 percent, and therefore we generally characterise the scattering properties of each new pot. The scatter may be characterised by making an appropriate slab phantom with a known absorption coefficient, and then comparing time-resolved transmission measurements with a diffusion-based analytical model.

3. Appropriate quantities of dye concentrate and Superwhite pigment are thoroughly mixed with the desired amount of resin (MY753). For larger phantoms (> 1 kg) we generally employ an electric mixer to ensure adequate mixing.

4. The hardener (XD716) is added to the mixture, so that the resin:hardener ratio is 3:1. The mixture is again mixed thoroughly. The mixture will remain reasonably fluid and workable for a few hours, depending on room temperature.

5. The mixing process causes air to be dissolved into the fluid, which if not removed can produce small air bubbles within the final solid phantom. Since air bubbles represent regions of highly contrasting optical properties (i.e. zero scatter and absorption), it is essential to remove the dissolved air by placing the fluid in a vacuum chamber before it sets. Under vacuum conditions, the rapid release of dissolved air can cause the fluid to expand significantly in volume (so put the fluid in a large container!). If the fluid is left to stand for 30 minutes before placing in the vacuum, the overall volume expansion will be more modest.Note that after the dissolved air has been released, the resin solution will continue to boil slowly (i.e. release its own vapour) while under vacuum conditions.

7. The solidified resin can be easily machined and drilled. The resin can also be cast in appropriate shapes using rubber moulds. 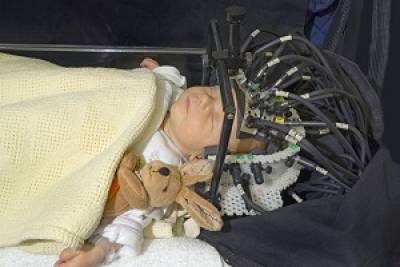