Steve Halligan is an academic radiologist whose clinical background is in intestinal imaging. He trained in radiology at St. Bartholomew’s and the Middlesex Hospitals London, the majority of which time was spent doing clinical research at St. Marks Hospital, culminating in an MD degree in 1996. Steve was appointed to the consultant staff of St. Marks in 1996. He was persuaded to move to UCL in 2005, where he took up the Chair of Gastrointestinal Radiology and eventually became Head of the UCL Centre for Medical Imaging. He became Head of the UCL Department of Imaging in 2019 (incorporating CMI, CABI, the Centre for Radiopharmaceutical Chemistry, and the Institute of Nuclear Medicine).

At the time of writing (December 2021) Steve has published >400 indexed research articles, book Chapters, invited reviews etc. His h-index is 77, with more than 20K citations. 60 of his papers have been cited >100 times and several have won journal prizes for being the best published on the topic of gastrointestinal radiology. His indicators of esteem include being an elected Fellow of the Academy of Medical Sciences, NIHR Senior Investigator Emeritus, and past-President of both the European Society of Gastrointestinal and Abdominal Radiology (ESGAR) and British Society of Gastrointestinal and Abdominal Radiology (BSGAR). He has recently left the NICE Diagnostics Advisory Committee and is currently Chair of the National Screening Committee AI taskforce, and a member of the NIHR HTA Prioritisation Board.

Steve has held over £5m competitive grant funding as Chief Investigator. The chief funder of his work has been the NIHR, notably the HTA programme, and he has been awarded a NIHR Programme Grant in clinical radiology. While his chief research interest has been gastrointestinal imaging, following collaborations with Prof. Douglas Altman, he broadened this to include statistical aspects of the analysis of diagnostic tests. He was awarded a PhD in 2015 for this work. He is adamant that good research (in any medical field) cannot occur without statistical support and, to this end, in 2020 he employed a Professor of Diagnostic and Prognostic statistics in the Centre for Medical Imaging; Prof. Sue Mallett, who supplies research support to the Centre while also leading her own programme of diagnostic and prognostic methods research.

Steve is also particularly interested in capacity-building within academic radiology and has supervised several theses; two of his fellows have gone on to achieve full Chairs (Taylor - UCL, Goh - Kings) and one an Associate Professorship (Plumb – UCL). Above all, he is interested in demonstrating that radiologists need not play second-fiddle when it comes to leading grant applications and are quite capable of achieving significant levels of funding as Chief Investigator. Becoming a bit “bored” with gastrointestinal radiology, in 2015 he commenced training as a breast radiologist and now runs a weekly one-stop breast clinic to stop him getting too complacent. 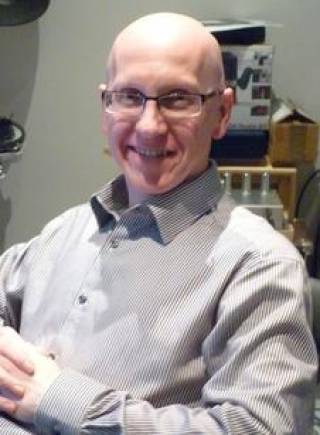 Head of Centre for Medical Imaging