Life is too short to publish all the research one does. Ofttimes researchers write reports which are adequate for other scientists who wish to find what was discovered, and yet however enthusiastic those researchers might have been about doing the science itself, that enthusiasm often wanes rapidly when it comes to doing battle with incalcitrant editors and those reviewers who seem only to see the problems in research and none of the virtues.

The result is that most researchers have manuscripts hanging around in their filing cabinets of which they have always been particularly proud but editors and reviewers have not agreed about that judgement. Despite not being formally published, such often seem better than some of those that are in print. Having read George Steiner's wonderful My unwritten books I have realised it is unlikely that the manuscripts below will ever be published. The internet however has now changed everything, and such studies can now exist in the limbo of the net, avoiding damnation in the hell of eternal editorial rejection, but also failing to achieve the bliss of the perpetual paradise of peer-reviewed print publication. They are presented here, in part in tribute to Steiner, as My unpublished papers:

Some unpublished papers of Phil Bryden 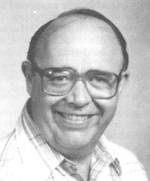 Phil Bryden died on August 18th, 1996, while he was attending the XXVI International Congress of Psychology, which was held in Montreal from August 17th to 21st, 1996 (for an obituary of Phil click here, and for a fine picture of him with Doreen Kimura in 1958 click here). In Montreal, Phil was due to present a paper with Barbara Bulman-Fleming entitled:

The annotated, draft manuscript of that paper is here presented. The paper was never published, although a summary of it was presented at the memorial symposium to Phil which was held at TENNET in Montreal in June 1997. The paper extends and develops experimentally the ideas Phil had presented at a meeting of the Canadian Psychological Association in Halifax, Nova Scotia on June 10, 1989, for Phil's Distinguished Scientific Award address entitled "Causal complementarity vs stastistical complementarity" (see Bryden, M.P., "Choosing sides: The left and right of the normal brain", Canadian Psychology, 31: 297-309,1990). Of particular interest in the Montreal manuscript is the meta-analysis of twelve different studies assessing both right and left cerebral function (slide 6).

The manuscript itself, which is scanned from the manuscript, and therefore not computer-searchable, has many annotations, most of which are typographical corrections by Barbara Bulman-Fleming, although a few comments, recognisable by the different hand-writing, are my own scribbled notes (e.g. at the bottom of slide 2).  The annotation "RM.5766" on the title page refers to my own filing system. I visited Phil in Waterloo about a month before his death, and presume that that was when I acquired the manuscript. As far as we can tell, none of the annotations are Phil's.

Just before he died, Phil had been working on a paper with Maharaj Singh and Timothy T Rogers, entitled:

As far as I can tell, this paper was never published, and a scanned PDF of it, dated July 14th 1996, is here, along with some printed spreadsheets which have some of Phil's annotations.