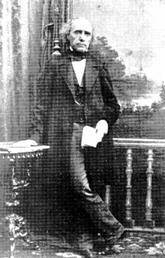 My interest in psychological aspects of aesthetics and the arts dates back to when I was an undergraduate, and was very fortunate to be supervised by Nicholas Humphrey who was also interested in these issues.  Despite the overwhelming importance of the arts to so many people, there is a surprising dearth of serious scientific study of these questions. My original work looked at the phenomenon of the Golden Section, which had been studied by Gustav Theodor Fechner, who was the founder both of psychophysics and of experimental aesthetics. The most striking feature of the paper which I published in 1980, which was based on my undergraduate thesis, and indeed on data which we have recently collected, is how very different people are in their aesthetic preferences even for very simple geometric objects, how most of those preferences are very stable, and how we have almost no idea where they come from (despite a rather tentative cognitive model). In a way that is paradigmatic of the problems psychology has in explaining the nature of art.

A recent interest has been in the use of photographic cropping as a paradigm for experimental aesthetics. It has the advantage of using Fecher's Method of Production, but without requiring technical skill at drawing or painting, and with most participants in experiments nowadays being familiar with taking photographs, making choices of composition, and comparing them for aesthetic quality. Click here for a poster presentation at the Copenhagen Neuroaesthetics Conference in September 2009.

I was a participant in the AHRC funded project beginning October 2009 on Method in philosophical aesthetics: The challenge from the sciences.

For a brief commentary on Beauty for the November 2009 issue of The Psychologist, click here.

Other research I have carried out on experimental aesthetics looks at:

Resources. Stimuli and other resources for studies in experimental aesthetics can be found here.